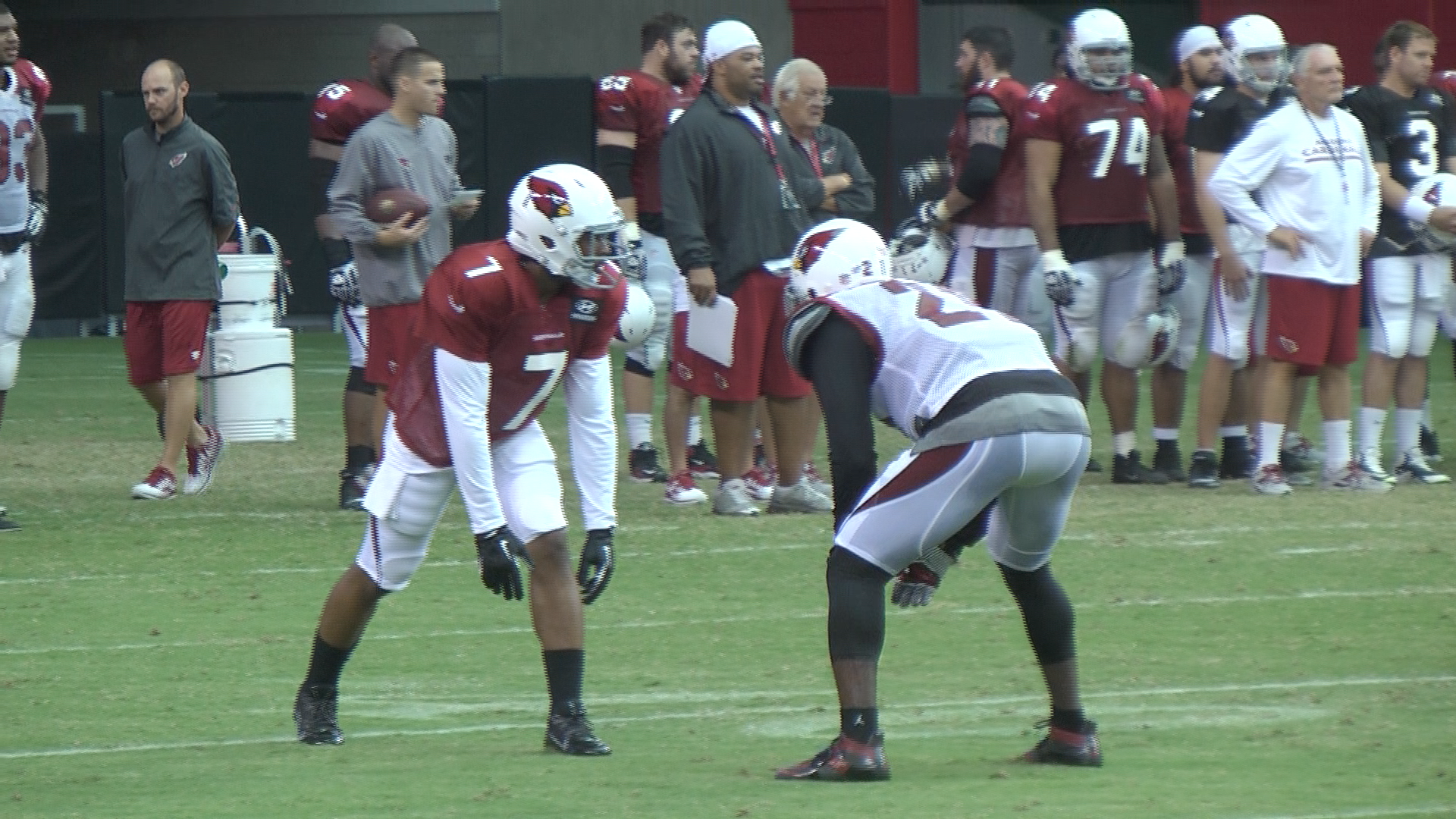 At least that’s what Mike Thomas is hoping. The former University of Arizona standout wide receiver signed a one-year deal with the Cardinals Tuesday just a day after being released by the Detroit Lions.

“It’s awesome to be back here,” the 5’8, 198-pound Thomas told the assembled media after his first  workout Tuesday afternoon at University of Phoenix Stadium. “Just with the sunny skies and a clear vision again. It’s a good feeling.”

Regardless, Thomas is excited for the opportunity.

“As athletes that’s what we all hope for and wish for,”  he explained. “When you come to a new team. Just the opportunity to get out there and play. I feel like I do have that here. I’m eager to get back out there and go to work. I’m excited about it.”

Fitzgerald will be bounce back in a big way with Carson Palmer under center after a poor (by his standards) 2012. Floyd has impressed in camp but it’s still unknown if he can translate it in regular season action. Robert Gill and another UofA product Dan Buckner are among those trying to land a spot. Both are rookies.

The Red Birds (2-0) play their next pre-season game Saturday night against the San Diego Chargers in Glendale.