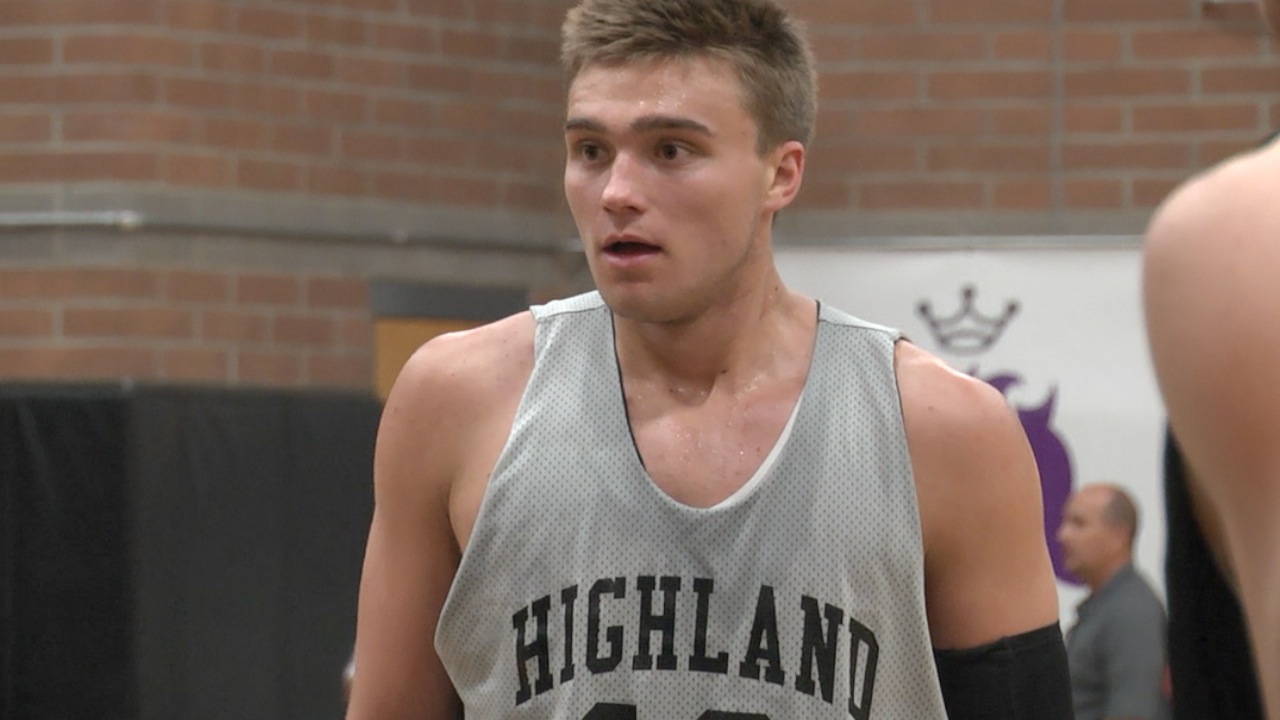 The Toolson name is a well-known one among those who follow BYU basketball.

Andy Toolson is a former star in the Cougar program currently listed third all time in the three-point shooting percentage and in his senior season back in 1989-90, averaged over 18 points and six rebounds per game.

One of the most recognizable basketball figures to come out of BYU is NBA Champion, former Sun and current general manager of the Boston Celtics, Danny Ainge. He was an All-American, a two-time First Team Academic All-American, the WAC Player of the Year and a four-time All-WAC selection. Cougar fans remember him most for his memorable shot in a NCAA Tournament game back in 1981 against Norte Dame.

What do both of these prominent BYU basketball players have in common? Both are related to a future Cougar from Highland High School in Gilbert, Jake Toolson. Jake’s father is cousins with Andy Toolson and he is also Danny Ainge’s nephew.

Back in February, just about a week after receiving a scholarship offer from head coach Dave Rose, Toolson verbally committed to BYU without wasting much and despite the fact that he has been offered already by his home town school of Arizona State as well as Boston College, Saint Mary’s, UC Davis and Utah State.

“I’ve always been a fan of BYU,” said Toolson. “I’ve grown up watching their games. Watching football, basketball or anything BYU…I got offered and I knew I wanted to go there.”

If the the bloodlines could not have run any deeper for Toolson to go to BYU just through Andy and Danny, both of his parents met while attending school and Provo as well.

“Since my family has been there it’s just like I’m the next in line,” Toolson added. “So I am going to be the next Toolson or Ainge at BYU.”

As mentioned, it did not take long for Toolson to commit. His affinity for BYU was a motivational factor in his quick verbal but it was not the sole reason.

“I didn’t want to take to long and wait out the recruiting process because I just wanted to get it done with,” Toolson mentioned. “Just want to focus on my team, my school, getting better now.”

Focusing on his Highland Hawks team is as of now priority number one. The Hawks are a talented team the didn’t quite have as much success in 2012-13 that they had hoped. But with Toolson leading the way and a solid core of players coming back, Highland looks to make a big push toward a state title run.

“We’ve been working really hard,” said Toolson. “We’ve got a chip on our shoulder. We feel like we’ve got stuff to prove this next year and we have got a lot of guys returning, a lot of guys who play hard. And we feel like we can make some noise this year.”