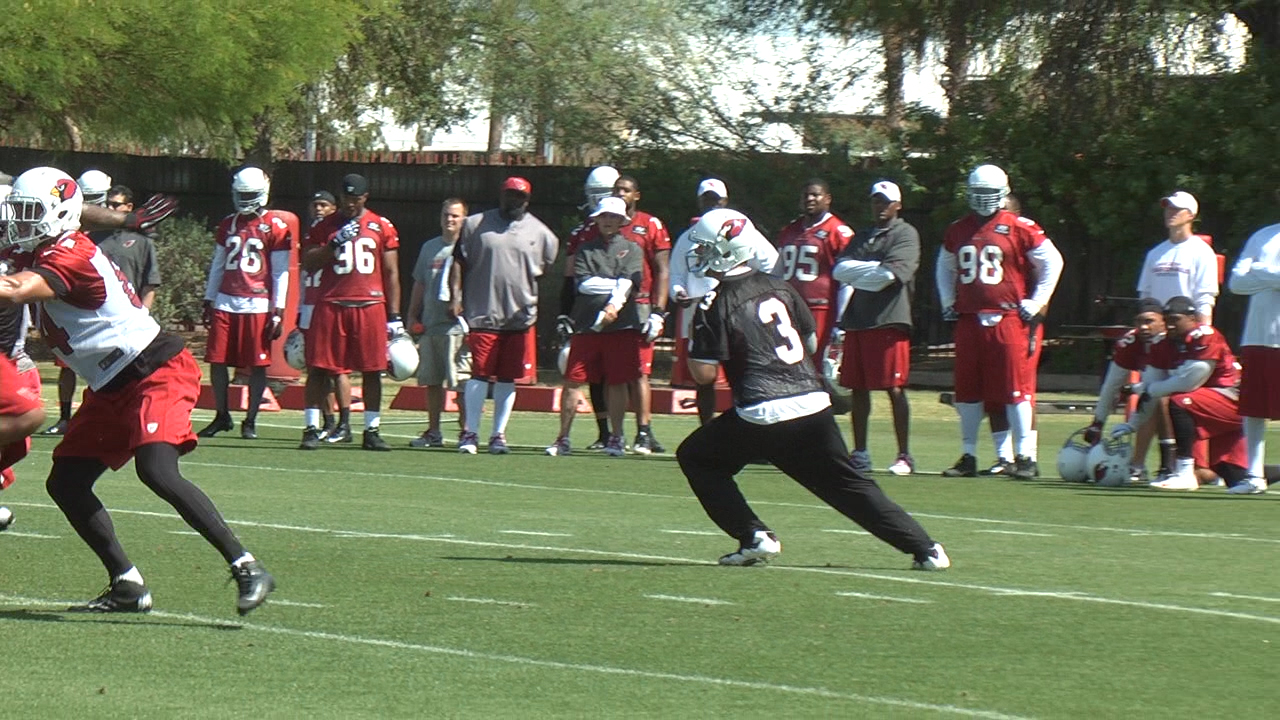 Carson Palmer rolled out of Oakland, Calif., and the Raiders, and made his way to the desert to join Larry Fitzgerald and the Arizona Cardinals, in hopes of making a big impact in head coach Bruce Arians’ new vertical passing system.

Although we’re still a few weeks away from Palmer taking part in his first training camp with Arizona, former Eagles quarterback and current ESPN NFL analyst Ron Jaworski weighed in on Palmer and where he thinks he fits on his “QB Countdown List.”

“I thought the Cardinals’ trade for Palmer was an excellent move,” Jaworski said. “He will stabilize the Arizona offense and work effectively with new head coach Bruce Arians.”

Out of 591 drop-backs with the Raiders last season, Palmer threw just 14 interceptions. Jaworski made note of the percentage of throws Palmer had to make when the Raiders – who went 4-12 last season, just a season after going 8-8 – were playing from behind.

“How about this number: 73 percent of Palmer’s throws came when the Raiders were losing, and 70 percent of those throws occurred with Oakland trailing by more than a touchdown,” Jaworski said. “Those were far and away the highest percentages in the NFL. It’s tough to play quarterback that way.”

Like Fitzgerald, Palmer is heading into his tenth NFL season. He’s thrown a total of 4,110 passes in his career. Jaworski thinks Palmer still has the physical ability to make things happen for the Cardinals this season and for seasons to come, if things work out that way.

“Palmer still has very good arm strength. He has the mentality of a strong-armed passer, willing and confident in pushing the ball down the field,” Jaworski said. “That ability will fit well in Arians’ aggressive, downfield passing game.”

There’s no mistaking this: even though the offensive line got stronger as the 2012-13 season progressed, it was clearly the weakest link on the team. As a group, they gave up 58 sacks. This is a point of concern for Jaworski as Palmer gets ever so close to lining up behind them for real during the regular season.

“Palmer is a pocket passer with excellent arm talent, but he needs time and functional space,” Jaworski said. “That’s the unknown as we head into the 2013 season.”