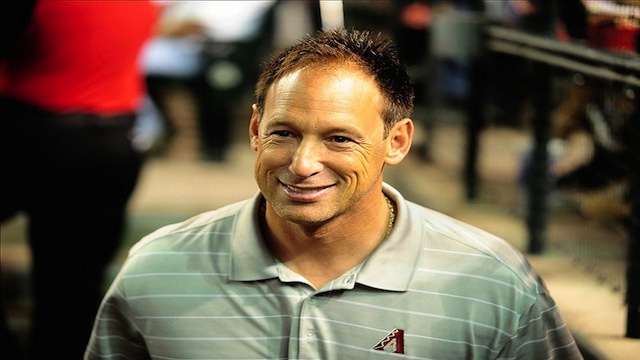 Uncertainty is the only real certainty for the first-place Arizona Diamondbacks as they turn the page on the first half and prepare for the final 67 games starting with the defending World Series champion Giants in San Francisco Friday night.

The Dbacks have overcome nearly every obstacle imaginable whether it be key injuries, lack of clutch hitting or late-game collapses by the bullpen. If it could happen, it most likely has but Kirk Gibson’s squad sits in the driver’s seat 2.5 games ahead of the hard-charging Los Angeles Dodgers in the National League West.

“For all this, considering what’s happened to this team,” World Series hero and Special Assistant to the President and CEO Luis Gonzalez told Pros2Preps.com in a recent phone interview. “To still be in first-place…just goes to show you the unity that these guys have…they’ve been [steady] in the division so far.”

Gonzo believes part of the Dbacks’ problem is the club really hasn’t gone on an extended win steak like nearly everyone else in the NL West and most games have been played close. Arizona is five games over .500 (50-45) but have only outscored their opponents by nine runs (399-390).

“Every game has been a nip-and-tuck,” he explained. “They’ve all been close so when you have those types of games your bullpen has a tendency to get exposed more often and that’s what’s happened now with a lot of blown saves.”

The Giants and Colorado Rockies have both been known to catch fire in the final two months of the season but many believe the Dodgers have the starting pitching and middle of the lineup hitters to represent the NL West in the playoffs come October.

“Obviously, they’ve gone on a hot steak,” he said about LA who’s won 17 of their last 22. “They’ve made a big push…they’ve jumped right back into this.”