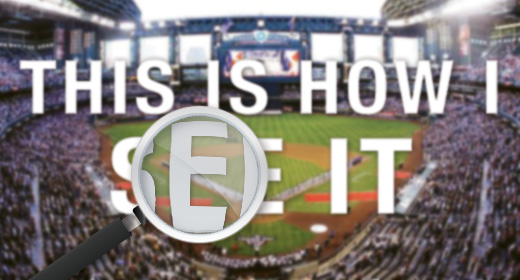 Enough of the hype.

Enough of the forced story lines.

Enough of the fake “drama.”

No, I’m not talking about “Grey’s Anatomy.” I’m referring to the Midsummer Classic set for Tuesday night in New York and the other three pro exhibitions which serve little purpose, if any at all.

Oh sure, there are some lasting moments which stand the test of time like Pete Rose crashing the party against Ray Fosse, Bo Jackson’s moonshot in Anaheim off Rick Reushel, Ted Williams being introduced at Fenway and Cal Ripken’s victory farewell lap after winning the game’s MVP in Seattle.

Problem is those moments are few and far between.

Baseball fans have been beaten over the head with watered down interleague games and hop-scotching free agents. There’s also a bridge to gap between the really young and talented (Bryce Harper, Mike Trout, Manny Machado) and the stars of yesterday (Derek Jeter, Albert Pujols, etc). Commissioner Bud Selig has turned desperate to generate interest “counting” the all-star victor by awarding home field in the World Series. Last year’s game drew a 6.8 rating (only 10.9 million viewers), the lowest rating in history. So much for creating and capturing a buzz.

The Pro Bowl is beyond played out. Sure the NFL is king and drew about a million more people than MLB to watch completely checked out players not play defense or care whatsoever. The difference is people are starving for any sort of satisfaction and we are creatures of habit, especially when it comes to football.

The only Pro Bowl moment I can conjure up involved a future Hall-of-Fame quarterback referencing his then  “idiot kicker.”

The NBA All-Star game also lacks defense but not overall player apathy towards it. Sure, they’ll say all the right things mixing in words like “exciting,” “rewarding” and “gratifying” but most are subliminally talking about the after parties, strippers and various distractions surrounding the game.

I can’t even tell you what network carries the NHL All-Star Game which wasn’t helped by the fact there wasn’t one this year due to the lockout. No offense to our Canadian neighbors but a 1.0 share in 2012 coveys Joe Six Pack’s apathy towards the event.

Yes, Phoenix benefitted financially (about $100 million combined impact from the 2009 NBA All-Star Weekend and ’11 MLB All-Star festivities) but where are the lasting memories besides Prince Fielder getting booed and Kobe and Shaq sharing game MVP honors and fake smiles?

Most players would rather be on a beach or golf course not dealing with the travel routine, arriving to the venue and dealing with the media which is really no different, much less more exciting, than the day-to-day grind of the season.

Quit force-feeding us something we don’t want to see.

When the participants don’t care, why should we?