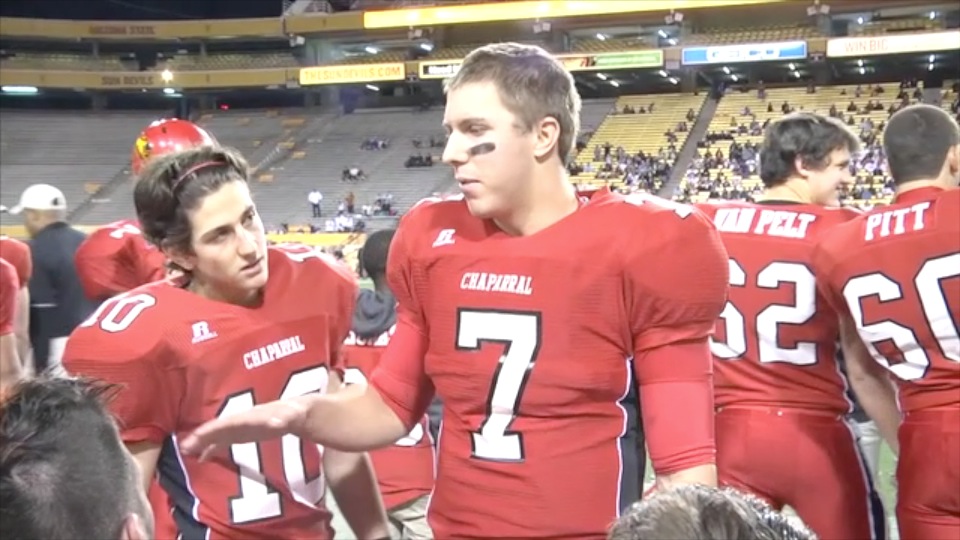 The commitments to the Arizona Wildcats football program continue.

On Monday night, our Jason Jewell reported first that former Chaparral Firebird and Texas Longhorn quarterback Connor Brewer has committed to the University of Arizona to play for Rich Rodriguez.

I have committed to the University of Arizona! So excited to play for Coach Rodriguez! More great things to come for this program soon

Brewer was a three year starter for the Firebirds at quarterback leading them under center to three consecutive state championships. After spending one season at Texas, Brewer announced he was leaving Texas about a month ago.

The Chaparral to Arizona pipeline continues to grow by the day. First, Brewer’s high school coach Charlie Ragle joined the Wildcats staff when Rich Rodriguez was named the head coach. At the conclusion of this past college season, receiver/kick returner Davonte Neal transferred to Arizona from Notre Dame. Just this past weekend, soon-to-be senior Chaparral tight end Trevor Wood announced his commitment to the Wildcats.

When all four (Ragle, Neal, Brewer and Wood) were on the field at the same time at Chaparral back in 2011, the Firebirds were 14-1 in route to a state championship. The one loss? To Las Vegas Bishop Gorman who’s quarterback at the time, was now prized incoming freshman to U of A, Anu Solomon.

Check out highlights of Connor Brewer from Chaparral’s 2011 state championship win over Cienega above.