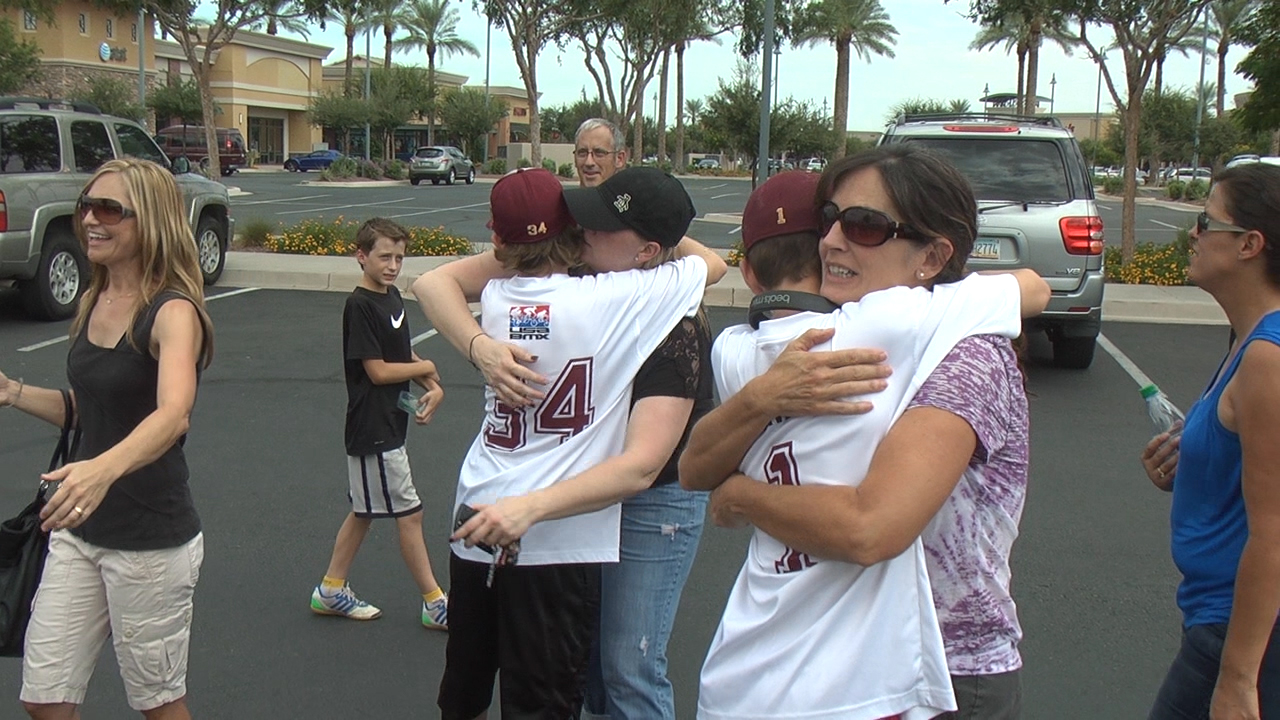 Chandler National – by virtue of winning the Little League state title this past Friday night – will take on Northern California at 4 p.m. on Friday, in the first of a four-game pool event, which will eventually yield a West Regional champion who will then head onto Williamsport, Pa., and the Little League World Series.

There’s a total of six areas represented in this Regional – Arizona, Utah, Nevada, Northern California, Southern California and Hawaii. Chandler National will play four of the five other teams, and based if they perform well in those four games, they’ll be involved in a playoff – a “Final Four” if you will, just like in the NCAA Tournament.

Outfield/defensive coach Brad Urbanek was one of the coaches who helped drive the young men out to San Bernadino, Calif. He, along with the rest of the coaching staff, have had time to scout out Northern California. Urbanek feels this will be a very good challenge for the team right out of the starting gate.

“We feel pretty confident that this group is gonna get onto that pitching,” Urbanek said.

Urbanek describes Chandler National as being a “loose” team for the most part, but capable of locking themselves into their tasks in an instant, which is what they’ll have to do starting on Friday night.

“I kinda know that’s when they are ready to go is [when] they’re loose,” Urbanek said. “They don’t get real tense and uptight.”

The work, the grind, the preparation for this trip to California didn’t stop for the team after Friday night’s title clincher. They did get Saturday off to rest and recuperate, but it was back to it on Sunday.

Head coach Ty Garrison wants the boys to go out, have fun and play above and beyond their standards, because he knows they’re capable of that. It’ll be on a much grander stage this time for these games.

“It’ll be a lot of people there, it’s a big stadium, so we’ll have to do a good job of managing the young men in terms of saying ‘Look, the bases are the same distance they were, the pitching mound is the same distance as it was in the state tournament, it’s just gonna be more people in a bigger stadium,'” Garrison said.

“The expectation is for us to go win,” Garrison said. “That’s what these boys believe in and that’s what we intend on doing.”

Tanner Garrison is a pure athlete. He plays a number of different positions on the team – catcher, pitcher, third base and first base. For him, the reality of this trip and the magnitude of it has set in for him in some ways and in some ways it’s still not there yet.

“It’s incredible,” Garrison said. “I don’t really feel like it’s real life, I feel like I’m gonna wake up and be all mad, but it’s gonna be a blast there.”

The team focuses on one game at a time, and that philosophy and outlook has served them very well up to this point, as they’re 12-0 heading into the qualifier.

But they don’t want to stop the speeding train quite yet.

“We want to win it,” Garrison said. “Our goal is to go to Williamsport and win that too.”

“We’re setting our standards pretty high, but I think we can reach them.”