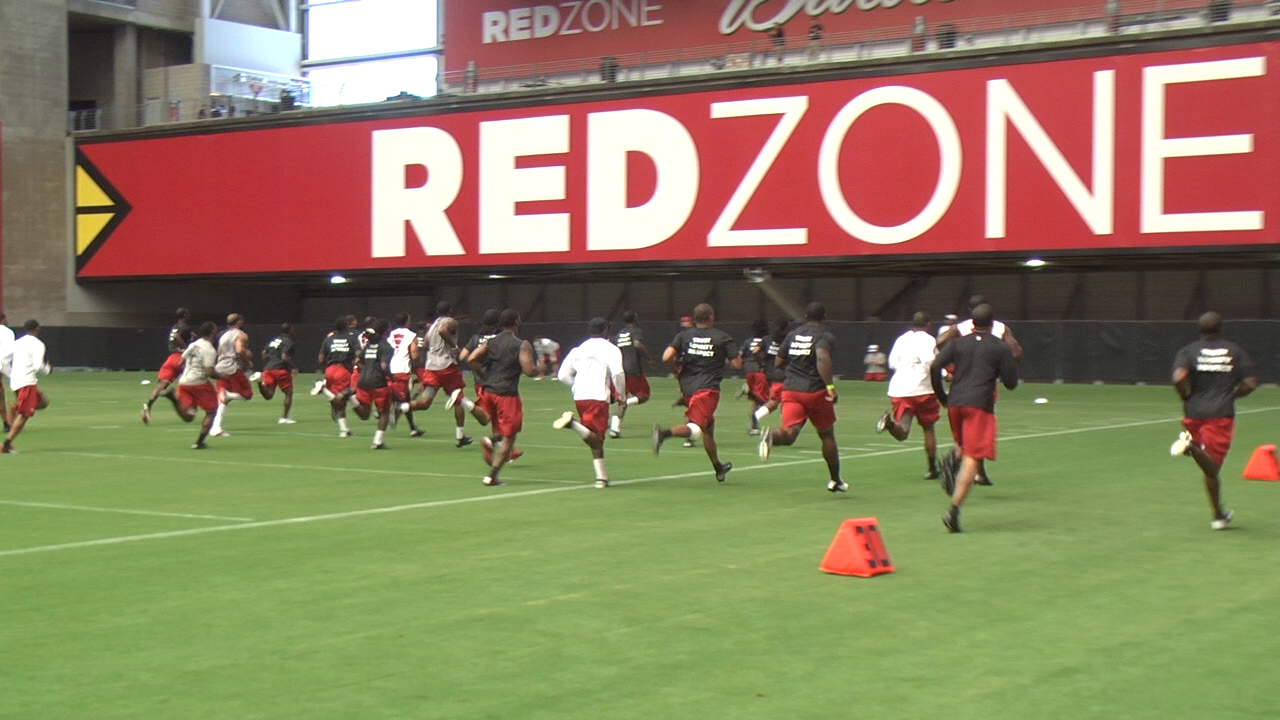 As I sit here in the press box at University of Phoenix Stadium typing this article, all I can think of is how cool it is to have Cardinals training camp here in the place where they go to battle with opponents eight times each season.

It’s also a bit different having it here, not just to me, but to the players and coaches as well. I could tell by the looks on their faces that it’s gonna take a little while for them to get settled in their “new” digs.

Camp kicks off on Friday, but on the eve of camp, the team took part in their annual run test, which consisted of the entire team lining up from sideline to sideline and running up and back on a preset distance.

“[It] went good, I think it was fairly easy,” linebacker Daryl Washington said. “I think he [head coach Bruce Arians] let up on us a little bit. I probably could’ve used the conditioning a little bit. He gave us a little break.”

The test could’ve went longer, but Arians saw all he needed to see out of his guys to make his determination that they were good for the day.

“[I] don’t need to see them run anymore in shorts, we need to put pads on and start hitting each other a little bit and hit somebody else,” Arians said. “Obviously they’re in really good shape and ready to go.”

With all the safety rules in place now to maintain the health and welfare of the players, Arians is pleased that the intensity level of the practices are about to get kicked up a notch.

“Yeah, I’m tired of playing soccer,” Arians said. “I mean, soccer’s a great game, but we play this one in the trenches. I want to see our offensive line [and] defensive line, and I think we can become pretty good pretty quickly.”

With so many changes and new things happening in and around the organization, it can be tough figuring out what their next step’s gonna be if you’re a fan looking in. Just imagine if you actually play on the team.

“I have no idea,” Washington said. “We have [a] new coaching staff, new everything, a lot of young players [on] offense and defense, so I’m just looking forward to getting ready.”

“It’s been a long time coming, and everybody wants to see some good football and Arizona’s ready to play,” Washington said.