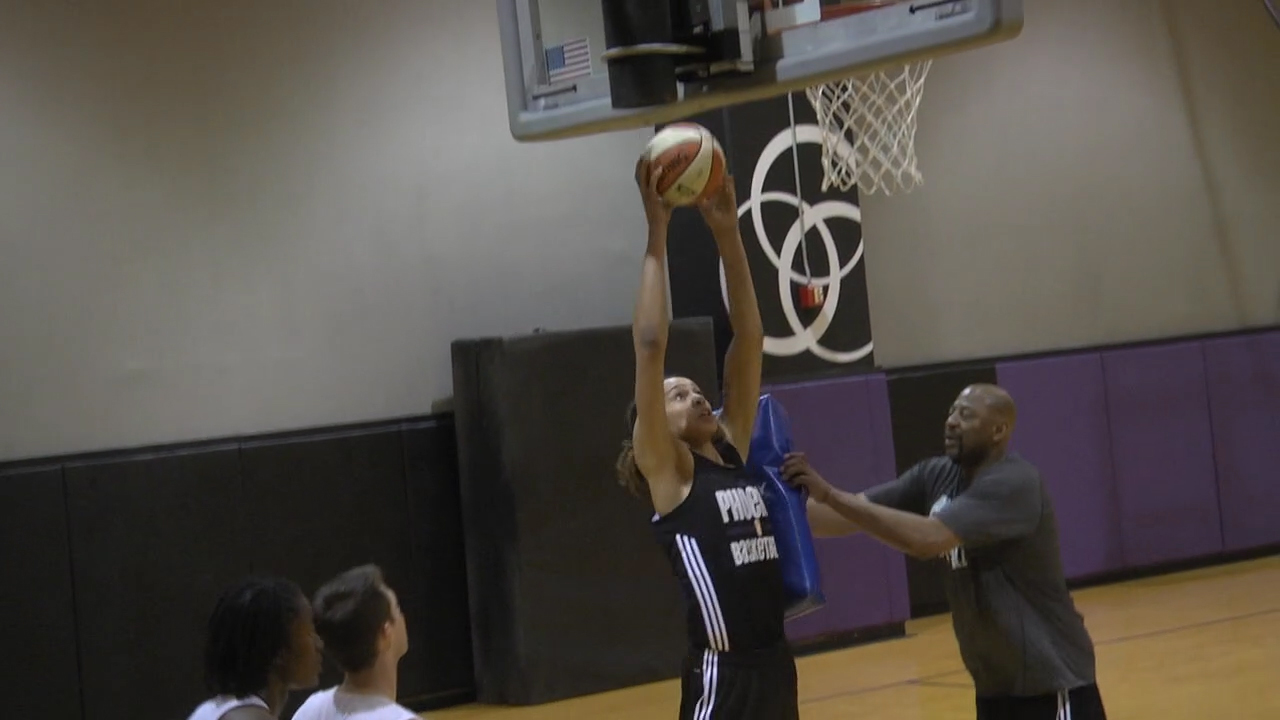 Mercury center Brittney Griner is used to getting awards and being recognized for what she can do with a basketball.

She better get ready, because more awards might be coming her way.

Griner was recently announced as a 2013 ESPY nominee in two categories: “Best Female Athlete” and “Best Female College Athlete,” for what she did in her senior season at Baylor University.

In her final season at Baylor – and for the second straight year – Griner took home all the major national awards, including AP Player of the Year, Wade Trophy, Naismith Trophy, USBWA Player of the Year and the Wooden Award.

Griner averaged 23.8 points and 4.1 blocks per game that season. She led the Lady Bears to a perfect 40-0 record and a national championship.

Winning ESPY awards isn’t something new to Griner. In 2012 – while at Baylor University – she won the very same awards she’s currently being nominated for.

Fans can vote online at ESPN.com/ESPYS. Voting will run through the beginning of the live show, which takes place on Wednesday, July 17 at 9 p.m. ET (6 p.m. PT) at the Nokia Theater in Los Angeles, Calif.