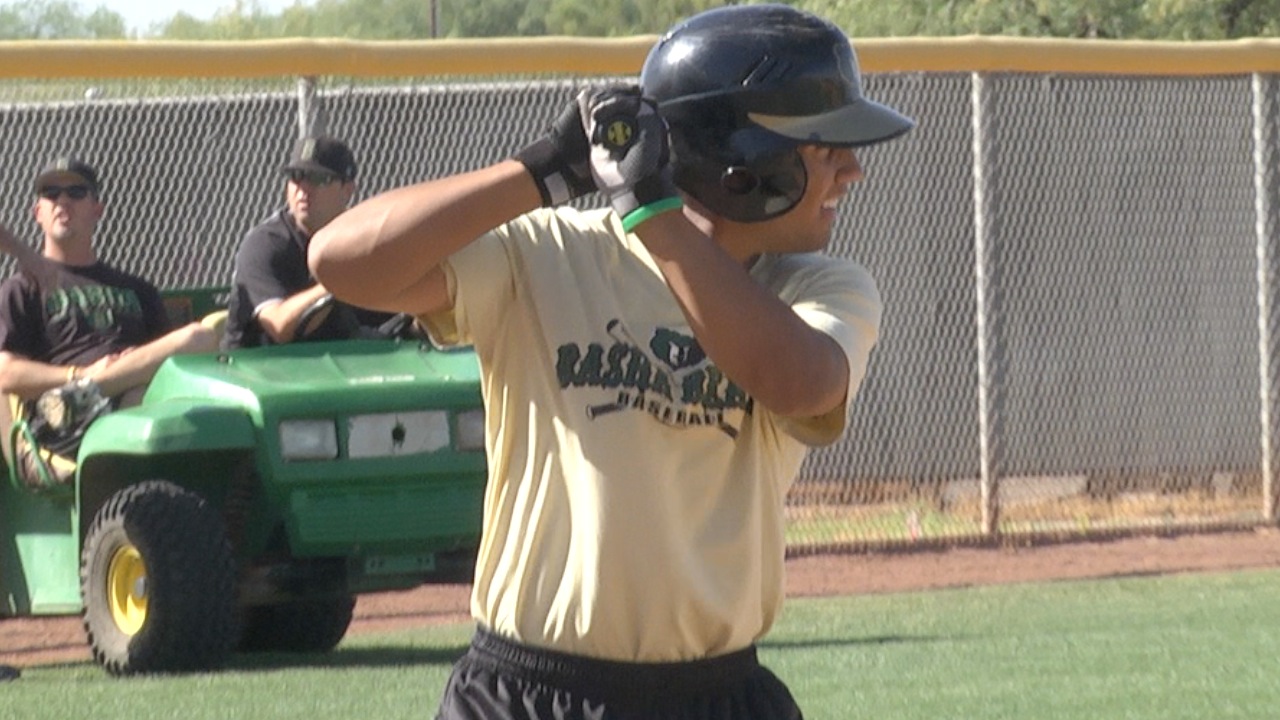 One of the top high school baseball seniors in 2013 is Basha middle infielder Jamie Westbrook who was anticipating day two of the MLB Draft to be a memorable one.

Coming into the day he felt pretty confident in the Mets and the Braves that they were going to take me in the third round but thought to himself “I knew you never know what can happen.”

“When the third round came around I heard from my advisor and the Mets we’re out,” Westbrook said. “So I was banking on the Braves and then they didn’t take me.”

Westbrook got a little down about that but remained hopeful that his number would be called in the fourth round. However, that did not go as planned either.

“I was kind of disappointed, I am not going to lie,” Westbrook mentioned. “I was getting to the point where the money might not be good enough at the moment so I gave my parents and my grandparents a hug thought it’s just not my time right now, maybe in three years it will work out.”

But then once the clock began in the fifth round, some news came in to Westbrook that altered his thoughts.

“I was already to head to school and go to Pepperdine but then my advisor called me said ‘hey Jamie listen, the D-backs have this offer for you,’” Westbrook said. “So I though hey to stay home, be a local kid, I’ve been on the scout team for three years, I knew the people in their front office and feel comfortable there.”

After the Diamondbacks had the offer out for Westbrook they thought about waiting to take him in the sixth, but learned that their interest in the young middle infielder had perked interest yet again from the Atlanta Braves. So the D-backs decided not to risk it, and selected Westbrook in the 150th overall in the fifth round which to him came as a huge shock.

“Here I am expecting to go in the sixth round and not really paying attention and all of a sudden I hear on TV ‘Westbrook, Jamie Westbrook, middle infielder,’ and I didn’t hear what he had to say after that,” he said. “I ran out of the house to the front yard, I was screaming and yelling and all of a sudden a whirlwind of emotions hit me as a result of all the hard work. It was just an awesome day.”

So after all of the speculation, Westbrook is going to stay in his home town and play for the Arizona Diamondbacks. Westbrook with Basha had a remarkable career as the teams best hitter and shortstop. He anticipates playing second base in the D-Backs organization and looks forward to developing there.

“I want to let the Diamondback faithful know that I am not going to let you down,” Westbrook stated. “I am a hometown kid, I’ve grown up here for most of my childhood so I watch the D-Backs every night and root for them.”

“I am the type of player that will give you 110% every night,” he added. “I am not the biggest guy, not the fastest guy, not the strongest guy but I will compete with anybody in the world. I know that I will have to bust my butt to make it there.”

Westbrook who was committed to play baseball for Pepperdine will now pass up school and looks to sign his first professional contract very soon.