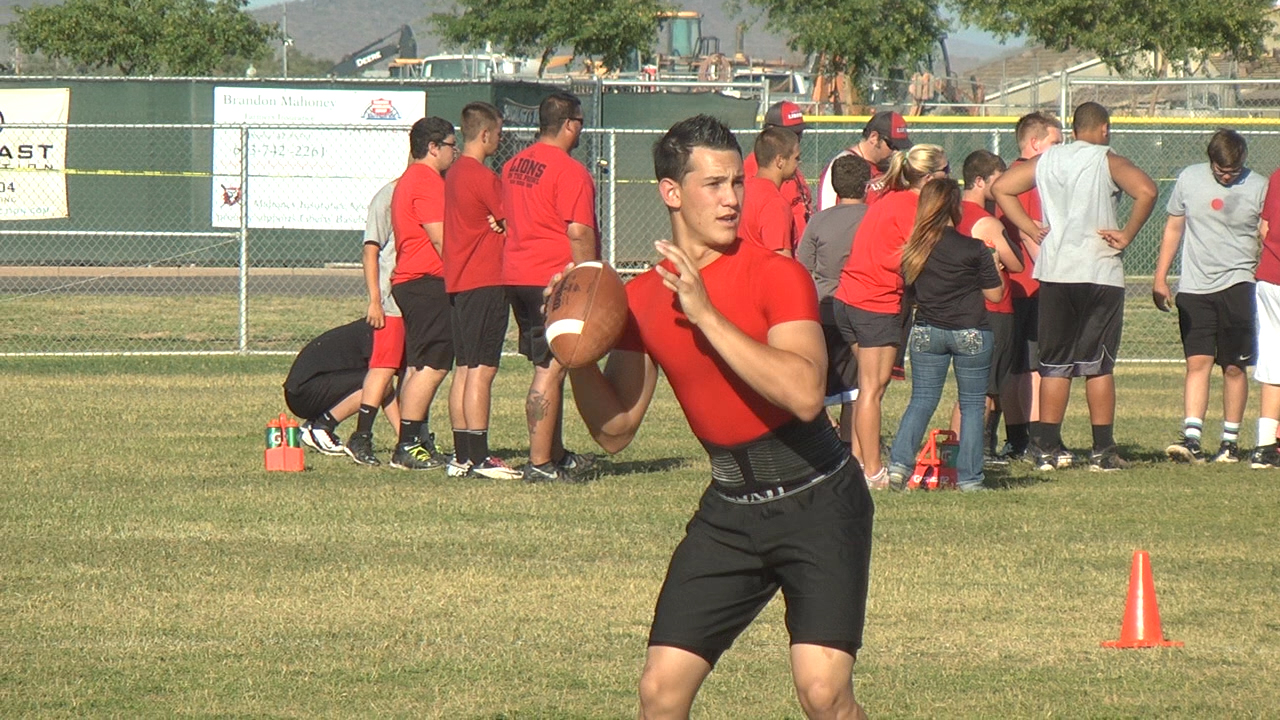 Tyler Rogers is no longer the quarterback for the Liberty Lions, so someone has to step up and show head coach Dan Filleman that they’re ready to be that No. 1 guy.

Junior Tyler Wyatt is the eldest quarterback on the Lions roster, and he’s definitely ready to shoulder the load.

“It’s starting to sink in, the job I have to do, the leadership I have to bring and what I have to know and just becoming a student of the game,” Wyatt said. “Helping out the kids that don’t know and the kids that haven’t been there yet.”

“I have to lead and push through everything,” Wyatt said.

Wyatt has been getting the majority of the first team reps during spring practice. Freshman Alex Hunter is out with a broken hand, which has slowed down the competition process at the position.

Hunter being out of action has given Wyatt a chance to show Filleman what he’s made of, and Filleman likes what he sees from the young man so far.

“He’s really stepped up into a leadership role which we were kind of looking for,” Filleman said. “He wants to be that starting quarterback and so far [has] proven to be the guy.”

Filleman really wants an open competition between Wyatt and Hunter, because the final results of that can only bode well for both players and the team.

“I think Tyler can push Alex and Alex can push Tyler,” Filleman said. “We’ll see how that goes.”

Athletes come and go in every sport, but when a talent like Rogers steps away from your team, it leaves a big void.

Filleman tells any of his players – including Wyatt – who are stepping into new roles that “this is your team.”

“Tyler Rogers was a great quarterback, but so can Tyler Wyatt,” Filleman said. “He can make his own name.”

Wyatt says he feels a “little bit” of pressure now that he’s being looked upon as the starting quarterback, at least until the competition between he and Hunter comes to an end and Filleman makes a final decision.