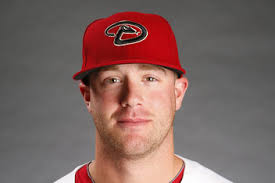 All Archie Bradley could do was sit and watch.

But only for a moment.

Monday night on a bus outside Pensacola, Florida Bradley decided to give back to the people who need it most.

For those awake, over the next few days I’m going to be auctioning off game used items and donating the money to help family’s in Oklahoma

“I’m just trying to do something to help out,” the 20-year old Bradley told Brad Cesmat on ‘Big Guy on Sports’ Tuesday afternoon. “With some of the resources I have and where I’m at in my baseball career I’ve decided to put together some auction items. Some of the things I’ve worn in games. I had [pitcher] Daniel Hudson reach out to me and [he] said he was going to reach out to some of the Diamondbacks players and get some things together for me to auction off.”

Fans can bid on Ebay for select items including a pair of signed pink cleats Bradley wore on Mother’s Day. The bidding had exceeded $750 late Tuesday night. All proceeds raised from the items will go directly to the victims and their families.

Bradley has been touched by the overwhelming support he’s received after the tornadoes touched down.

“It was really neat,” Bradley explained to Cesmat. “Just in the baseball world how many former teammates and even guys I’ve played against [text] me and emailed me asking if my family is ok, if everyone was safe and how they could help. It’s been really neat all the support and help I’ve received so far.”

He said Monday evening he spoke to safe family members in Norman, the home of the University of Oklahoma, where Bradley coincidentally once signed to play baseball and football and is just minutes from Moore.

Since being selected seventh overall in the 2011 draft Bradley appears to be on the fast track to the majors. He was called up to Double-A Mobile earlier this month and last week was named the Southern League Pitcher of the Week.

He’s given up just two runs in 20 innings pitched for the BayBears and his combined minor league stats this season include a perfect 5-0 record with 68 strikeouts between Mobile and Single-A Visalia.