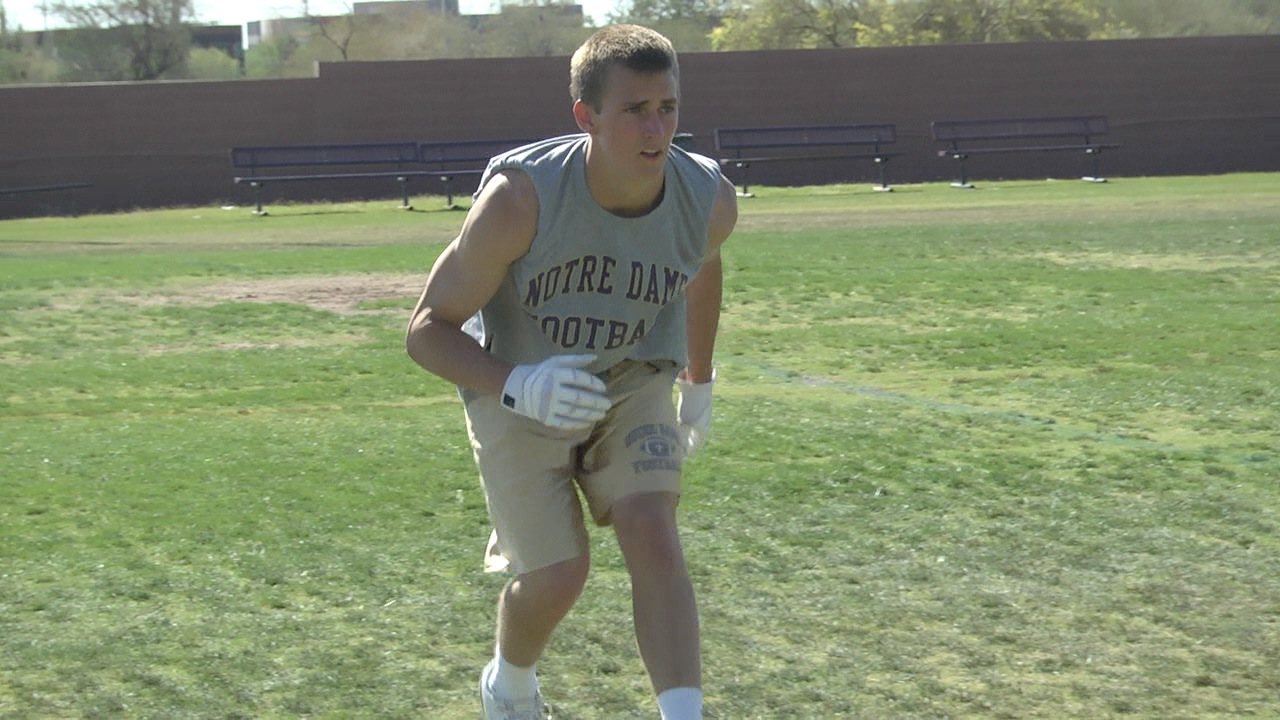 The Notre Dame Prep football team is losing a great senior class as the head into the 2013 season. Three of which, Maurice White, Grant Martinez and Luke Taffuri are all going to be playing football in college.

So who is stepping in to lead the Saints after losing so much talent and experience? Soon-to-be senior safety Jordan Schlueter who is welcoming that role with open arms.

“I am definitely going to be a leader of the team,” said Schlueter. “Emotionally and physically as well…Lead by example.”

The 6-1 and a half, 180 pound Schlueter was fourth on the team in tackles with 66 and tied for the team lead in interceptions with four in 2012. He was a wide receiver and also the team’s punt returner as well. He played a hefty role for the Saints as a junior and plans for that role to grow even further in his final season.

“Going to make sure everyone works out, goes through work outs and gets here on time,” Schlueter explained. “Definitely want to get the team together, build good chemistry and definitely just improve overall.”

Schlueter is rated a three-star defensive back by scout.com and is getting some solid attention from college teams. He currently holds one offer from Colorado State but has been in contact with many pac-12 and Ivy League schools.

For Schlueter individually, he is getting bigger, stronger and faster which can be seen from just watching him from the sidelines.

Not that his intangibles on the field aren’t attractive enough to college scouts, he is getting the job done in the classroom and had a 4.48 GPA last semester.