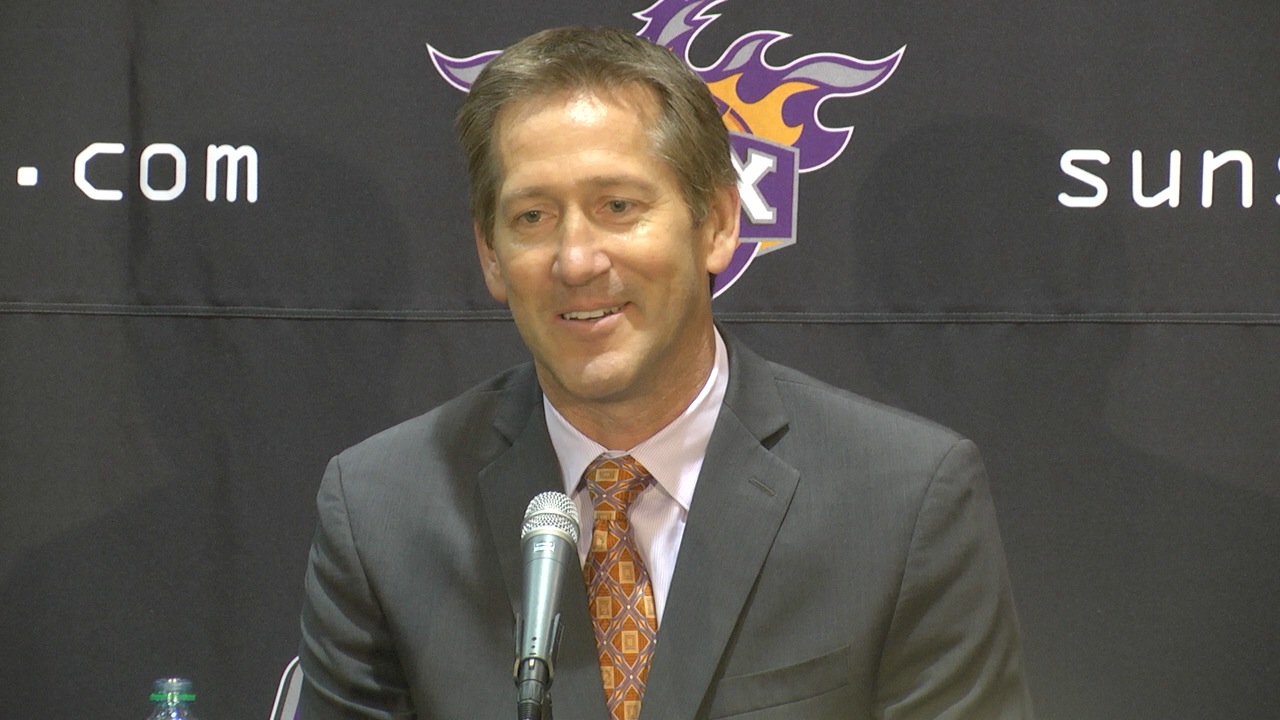 Patience is a virtue.

In the case of new Phoenix Suns head coach Jeff Hornacek, patience is also a necessity.

Hornacek inherits a roster that is coming off the worst season in franchise history since their inaugural campaign. He understands the challenge that is needed and mentions the mentality needed to get through the difficult times.

“You’re going to have some struggles,” Hornacek stated at his introductory press conference on Tuesday. “That’s when you have to stay positive through that. Knowing that you’re ultimately trying to get better and you have a higher goal…There is always that emphasis of not giving up.”

The Suns know at minimum, they will add two first round talents to their roster just through the NBA Draft. But based on what the roster looks like presently at the end of May, Hornacek see’s promise but definite needs.

“You have to have a foundation,” Hornacek mentioned. “There is a lot of great players on this roster. Obviously we’re not at that championship level with this team yet that we can say we’re happy with this group.”

“We’re always going to look to add guys to make us better,” Hornacek added. “I think the step in the right direction is the first thing. Even with the roster we have I think we can do that and then build from there.”

Hornacek as well as new General Manager Ryan McDonough are not strangers to being a part of a rebuilding process. Hornacek was part of that as a player with the Suns in the late 80s and also as an assistant coach with the Jazz after Deron Williams was traded from the team to New Jersey/Brooklyn in February of 2011. For McDonough while with Boston, he saw a team that had struggled for a couple seasons make a big push and add players like Kevin Garnett and Ray Allen and ultimate won a championship.

McDonough and Suns President of Basketball Operations Lon Babby have preached building through the draft. That is what the team intends to do. But McDonough also said the team won’t shy away from acquiring great talent via trade or free agency if it is the right price and fit. With that said, what McDonough is most excited about with Hornacek is his ability to teach and lead young talent. And that will be his emphasis.

“The big emphasis will be to teach our young guys,” Hornacek explained. “Having a little patience but always striving in the sense that the goal is to win.”

Hornacek has gotten right to work on building his coaching staff. There is a strong chance according to reports that former teammates of his could join. Names like Karl Malone and John Stockton for example. The names of those coaches should come down in the very near future.

“We’ve already accumulated a list of guys that we think would be great additions to the staff,” Hornacek said. “That’s a process we will continue in the next few days and try to get on it pretty quickly and get the staff in place.”