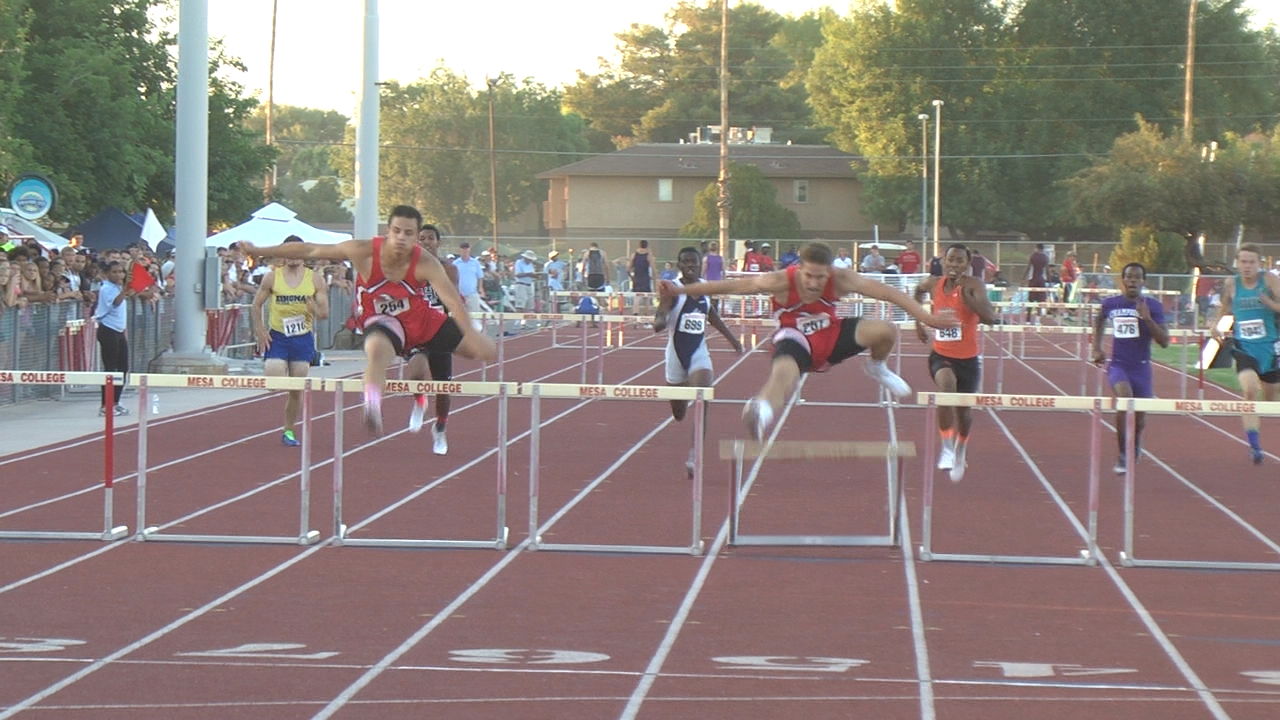 Devon Allen is known all over the country as being one of THE best sprinters/hurdlers there is in the high school ranks.

His four years at Brophy has prepared him well for the next step in his life: a career in track and in football at the University of Oregon, which he’ll be attending in the fall.

Before he can head up to Eugene, Ore., Allen had some unfinished business he had to take care of this past Saturday at the AIA Track & Field Championships.

Boy, did he ever take care of business.

Allen said his legs felt “a little bit tired” before the race, which may explain why he couldn’t break the record.

“I definitely wanted to go for the record, but [I] just didn’t have it right now,” Allen said.

Even though he came up short of making history, Allen in fact did make history by winning the race, and he’s good with that.

Allen’s biggest obstacle since he started running the hurdles is the actual hurdles themselves.

“I’ve had a problem with that the whole time I’ve been hurdling,” Allen said. “I float over them with the speed in-between, but I’m getting better and I’m working on it.”

Fellow Bronco Robert Grant lined up against Allen in the 110’s, the 300’s and in the 200 and gave him a run for his money in every event.

Grant is a junior at Brophy, and a definite up-and-comer in the track circuit. Allen thought having his teammate and his training partner out there gave him extra motivation to go out and win the events.

“It’s awesome because running by yourself sometimes kinda sucks,” Allen said. “It’s a lot of fun, it’s why I do this sport, competing with each other and compete to show who’s best.”