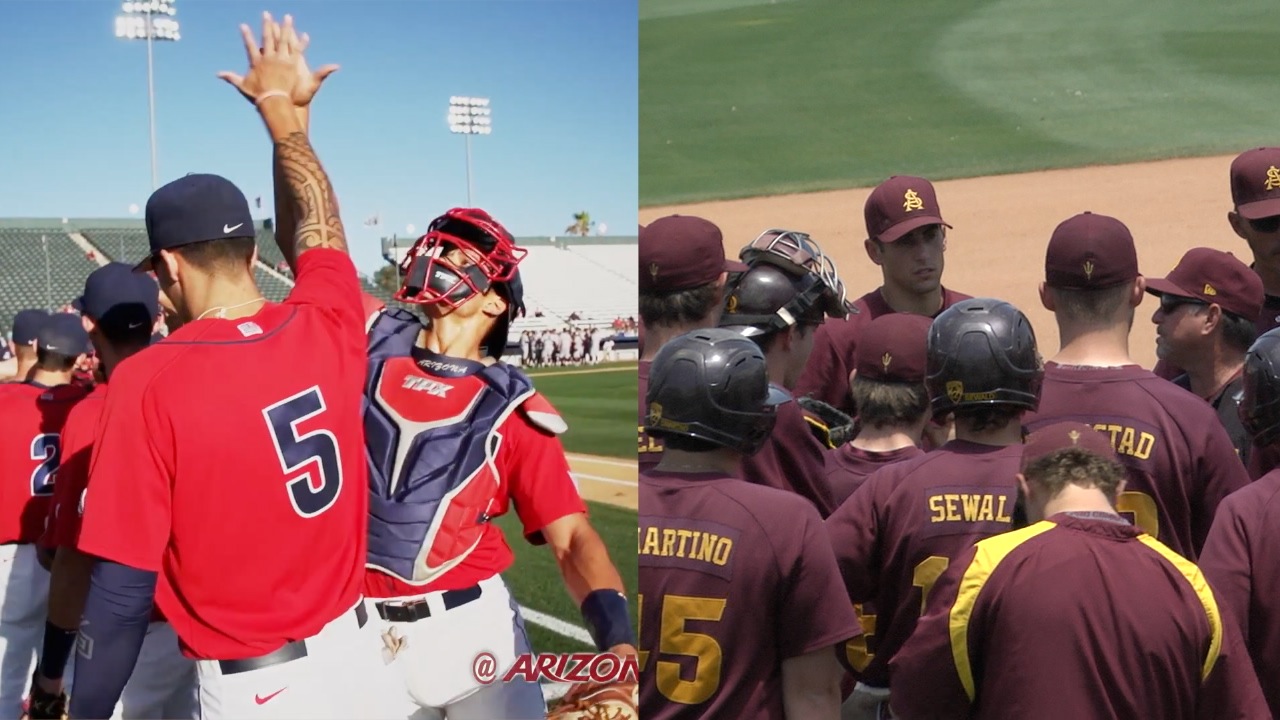 The regular season is still in progress but there will be a postseason mentality for both U of A and ASU baseball this weekend at Packard Stadium.

The two teams have split the season series thus far as both teams have won one game. The earlier games were played at Hi Corbett Field in Tucson back in April and were decided by a combined three runs. Now this weekend up in Tempe, the winner of the best of three series win the Territorial Cup and will hold the bragging rights for 365 days.

“It is big for us,” said ASU baseball head coach Tim Essmay. “It’s ASU vs U of A. To be honest with you it’s kind of exciting to think that it’s on us. Our programs have done a good job of putting us in the position that if we win the series, we win the territorial cup.”

“Obviously there is a little bit more on the line with the cup involved,” mentioned Arizona baseball head coach Andy Lopez. “I think if you put these two teams in the middle of the desert somewhere it would be a big series. So it’s always fun to do that.”

Winning the territorial cup is not all that is on the line for ASU and U of A this weekend. Both teams need wins for their postseason resume.

ASU looks to comfortably be in position to make the NCAA tournament as they currently sit fourth in the conference standings and will remain that way barring a complete collapse over the final few series’ of the season. However, it is always a major positive to host a regional in the first round like they have done so many times. Every win is important in order to be in the best position to achieve that.

“Obviously we would like to put the postseason in front of our fans and put on the white uniform,” Essmay explained. “That’s a main focus of ours to take care of these last 10, 11 games and play really good baseball and see what happens.”

For the defending National Champion Wildcats, they have their backs against the wall with their hopes on repeating. They currently stand sixth in the conference and are coming off a tough sweep at the hands of UCLA. Coach Lopez believes that winning the series is the minimum they need to improve their postseason positioning at minimum.

“We have put ourselves in this situation,” said Lopez. “There’s no reason other than ourselves. We haven’t pitched as well as I thought we would this year, there’s no blame on that it’s just sometimes the way life tumbles out…But I am really hoping they will get this one done this weekend and finish up strong against USC.”