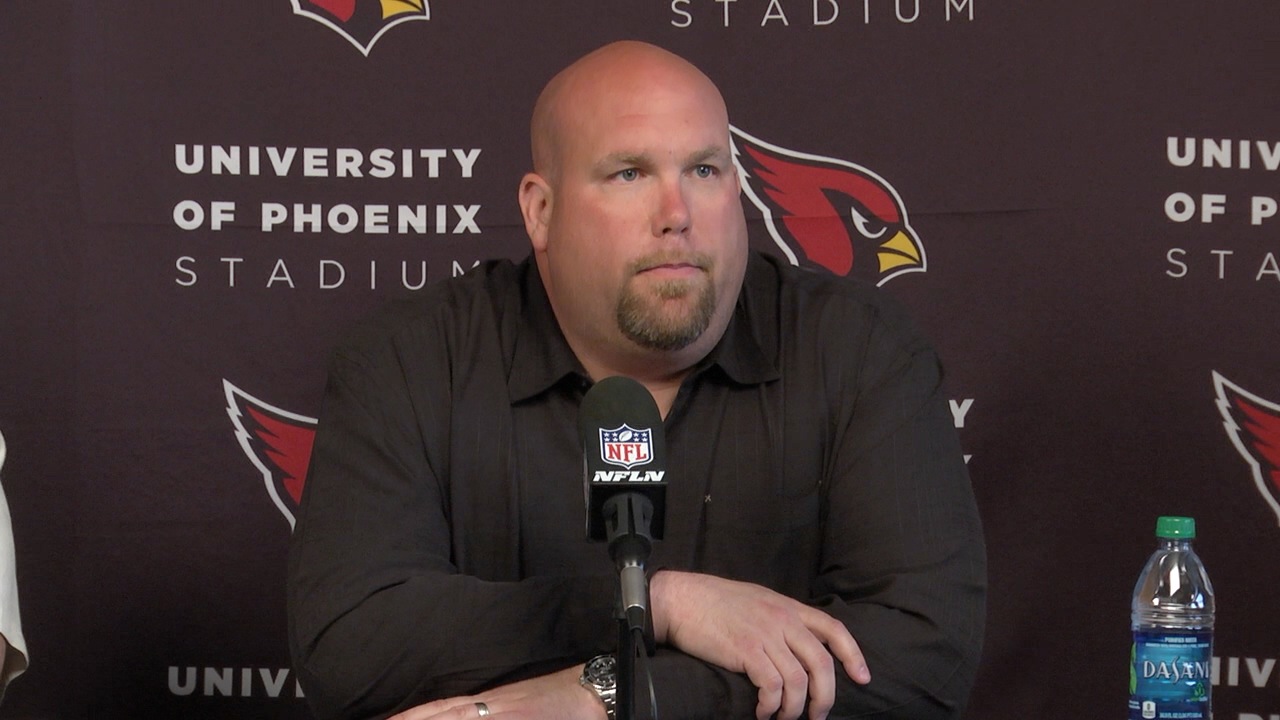 The 2013 NFL draft was eventful for the Arizona Cardinals. They added talent to their roster, filled important needs at the offensive line, added pass rushers, took risks, added depth to running backs and came away pleased to say the least.

Here is a rundown of all of the Cardinals picks:

Steve Keim on Cooper: “We truly feel like he can be a 10 to 12 year pro and again, as I indicated earlier, a Pro Bowl-Caliber talent. He has a unique skill set, one of the most athletic offensive lineman I’ve done in the 15 years I’ve been in this business. He has tremendous feet, bend, athleticism, space skills, and the ability to pull and play on the perimeter.”

Steve Keim on Minter: “Starting with his instincts, he is not the longest athlete, but he is a squatty, explosive player that, on impact, he has some natural explosiveness in his hips…He is a talented guy. 130 tackles in the SEC I think says a lot about his production, his nose for the football…He is a physical downhill player that has much better range than most people give him credit for.”

Bruce Arians on Mathieu: “The things he brings as a defensive back as so mult-functional. He can play safety, he can play nickel, he can play corner. He’s obviously a great blitzer. He also brings that punt returning ability that is probably only second to Patrick (Peterson) in the last few years. We feel like we got two dynamic playmakers on the defensive side of the ball that will also extend into our special teams and really make them a force.”

Steve Keim on Okafor: “Talented edge rusher. A guy that was very productive there with 12.5 sacks his senior year. Some would probably see he has some similarities to Sam Acho coming out. A little different style player, Okafor is a little bigger. He’s long, hes got good athleticism and he’s got a natural knack for rushing the passer.”

Steve Keim on Watford: “He is a tremendous athlete. Small school guy who has played against some top competition his junior year vs. North Carolina, his senior year against Virginia Tech and he played extremely well. He is a guy that reminds me of Reggie Wells when he came out of Clarion except at the same stage I think this guy has a little more natural power and explosiveness through his hips.

Steve Keim on Taylor: “Extremely productive running back at Stanford University. Three consecutive years over 1,000 yards rushing. Not a burner with tremendous top end speed but a guy that runs with balance, strength and fits Bruce’s offense very well with his ability to protect in pass situations.”

Steve Keim on Swope: “A guy that B (Bruce Arians) and I have had our eye on for quite some time. We were excited when he started to slide. He is a guy that can not only stretch the field vertically but has some underneith quickness. Kind of reminds me of Brandon Stokley…But he is a reliable pass catcher, I believe he had over 1,000 yards his junior year…He can play the slot, he can play outside and he will help us out on special teams.”

Steve Keim on Ellington: “I feel like we got great value with this pick. Bruce and I had talked and obviously after taking Stepfan Taylor, we did not anticipate taking a back at this time…we wanted to take the best player available. We feel Andre can bring a different style to the table. He is obviously different; his run style, his elusiveness, his play speed and athleticism is different from the other three backs on our roster.”

Steve Keim on Jefferson: “He is an interesting guy, went to Rutgers as a quarterback…Big frame, started to add some weight and ended up being moved to tight end. This is a guy who has a lot of untapped potential. He has not started to really scratch the surface yet but he has tremendous size, strength and athleticism.”

The Mini-camp for these new Cardinals rookies starts on May 10th.