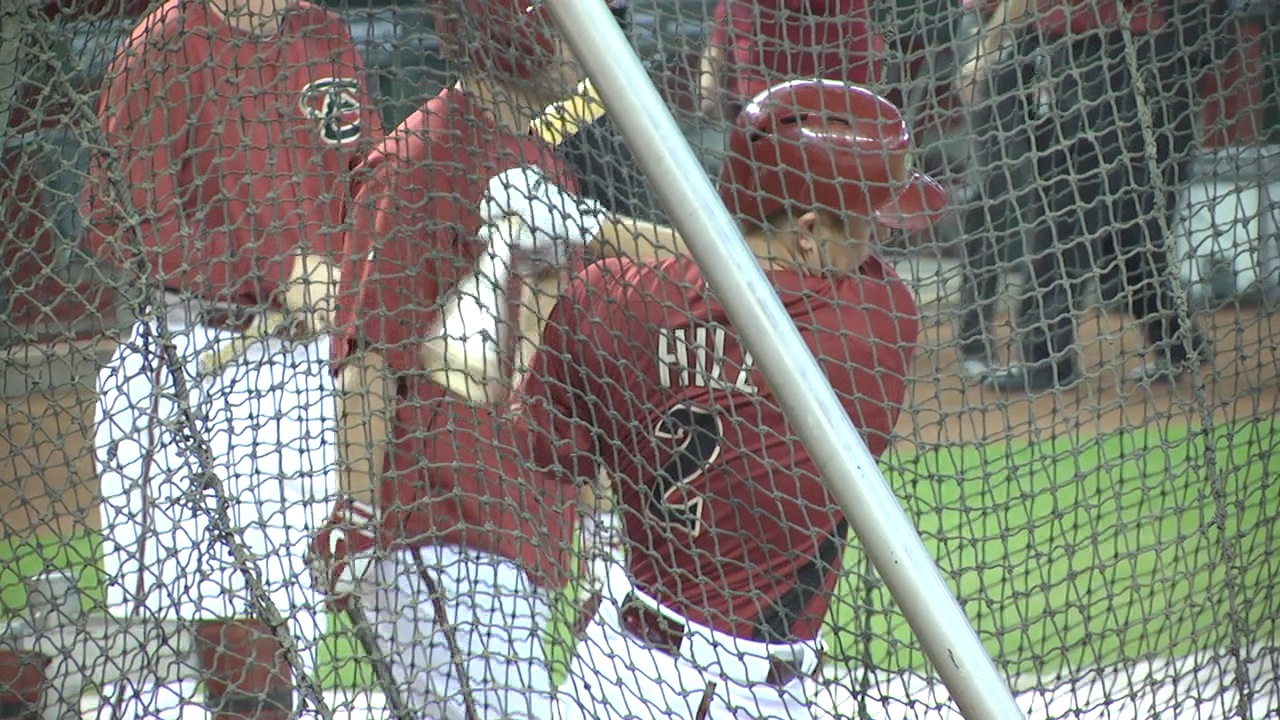 The injuries in the Diamondbacks lineup continue to occur as the team announced Tuesday that second baseman Aaron Hill has been placed on the 15-day disabled list with a broken left hand and is expected to miss four to six weeks.

Hill so far in 2013 is hitting .306 with three doubles, two home runs and six RBI in 10 games this season. He originally suffered the injury after being hit by a James McDonald pitch vs. Pittsburgh on April 9th.

“I was very disappointed yesterday when I learned the extent of my hand injury,” said Hill. “I am going to take some time off from baseball activities to let the break heal before starting the rehab process. I am committed to do everything in my power to return to the lineup as soon as possible.”

“It is really unfortunate to lose not only a talented baseball player but a tremendous teammate in Aaron Hill for the near future,” Diamondbacks General Manager Towers added. “We are confident that the depth we have in the middle infield will serve us well while Aaron recovers.”

In the process, the Diamondbacks now call up a player who was the center piece of the Trevor Bauer trade from the off-season in shortstop Didi Gregorious. Gregorious has been battling an elbow injury since the start of spring training and was placed on the DL on March 31. During his rehab assignment in Reno, he hit .387 with two doubles, two home runs and two RBI in seven games.

Gregorious is ranked the third best prospect in the Diamondbacks farm system. He joins the team in New York as they begin a three game inter-league series with the Yankees.