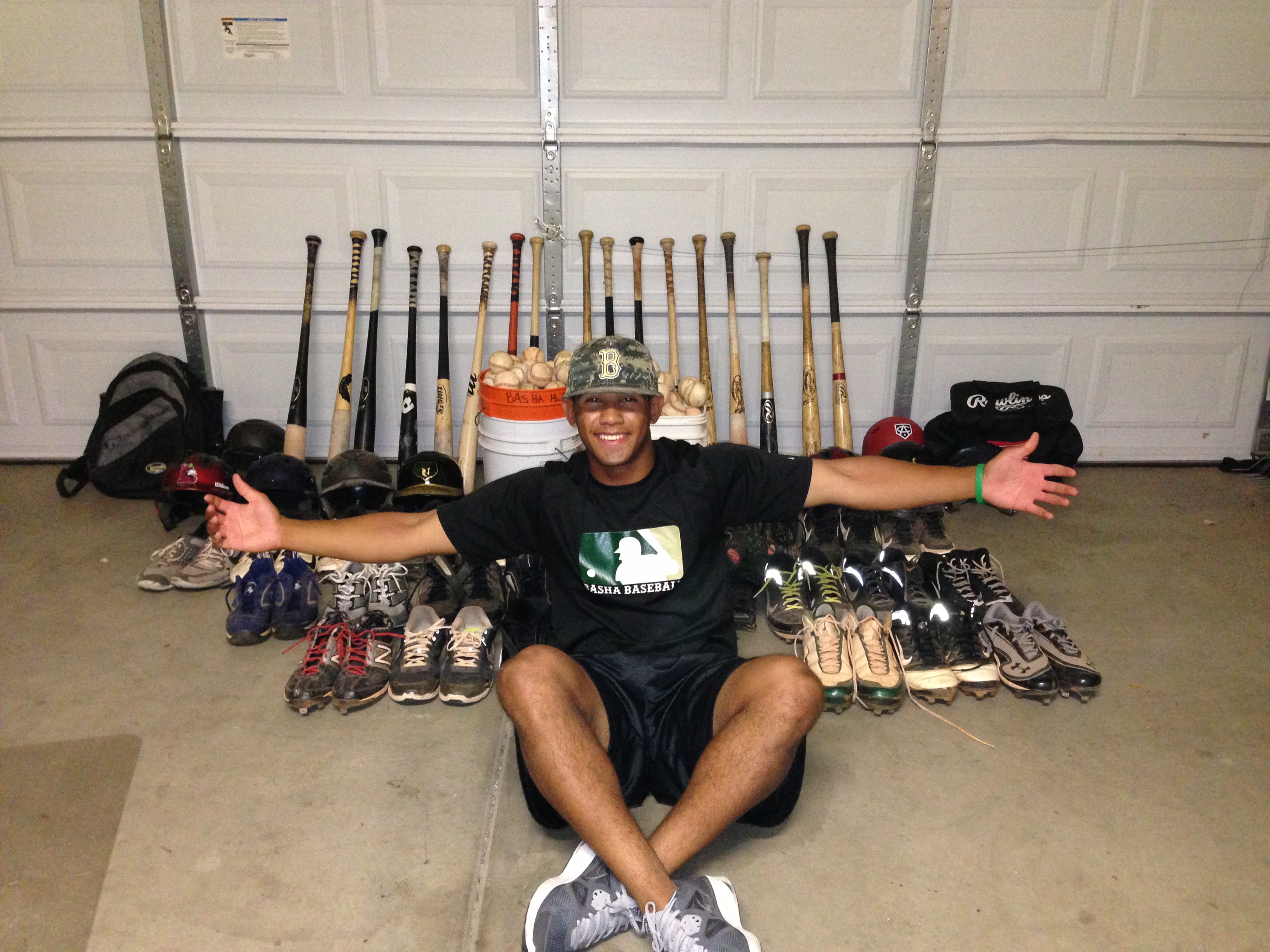 A leader is one who knows the way, goes the way and shows the way. That completely sums up Basha senior shortstop Jamie Westbrook.

He is one of the top high school baseball prospects in the country, let alone the state for the 2013 class and has the Basha Bears doing things this season that they haven’t done in quite some time.

“Here at Basha we haven’t made the playoffs in a few years but we have a chance that last two weeks of the season to win some games and get into the playoffs for the first time in a while,” Westbrook explained.

This season Westbrook hitting in the leadoff spot is among the state’s leaders batting average and in home runs. His high school career is nearing an end so he and his teammates are going all out to make the most of it.

“It’s the last time we’re going to play baseball where it’s not a job or on scholarship or stuff like that,” Westbrook mentioned. “I am just trying to enjoy it. It’s the best time of our lives and just trying to go with the breeze and see what happens.”

For Westbrook, playing baseball while on scholarship or for a living is in the very near future. He committed early as a sophomore to play baseball at Pepperdine, and signed to make it official back in November.

“It was a school I always wanted to go to and it just worked out,” explained Westbrook. “Coach Steve Rodriguez is a great guy. He is a small middle infielder like myself so it worked and I fell in love with the campus.”

However, Major League Baseball draft could get in the way of Westbrook playing for the Waves. Pro scouts have come in waves, especially over the past year, and there is a chance Westbrook could forgo a collegiate career and head straight to the pro’s.

“Just this year I started to realize that I could play (professionally) after this season,” Westbrook mentioned. “I am just blessed to be in this situation and it’s been really fun.”

Scots see him as a middle infielder as well at the professional level. Westbrook mentioned that some have told him they can see him staying at shortstop and some say they see him at second base. It is ironic because despite the fact that he plays shortstop, all the players he looks up to that are currently in the major leagues happen to be second baseman.

“Brandon Phillips, Dustin Pedroia and Robinson Cano. I like watching those guys,” Westbrook explained. “If I can have the flash like Cano and Phillips and play as hard as Dustin Pedroia, that would be a pretty cool mix.”

While his great play on the diamond has put him on the map, Westbrook knows the way, goes the way and shows the way off the baseball diamond as well. For his senior project, he started the ‘Jamie Westbrook Equipment Drive’ for people of the Dominican Republic.

“What I am doing is collecting gear, old baseball equipment to send back there,” Westbrook explained. “A lot of guys on the team have donated stuff and I have a lot to send back. So I am going to send it back there and hopefully it gets to the right people and they will be able to play baseball there just like we can in America.”

Jamie Westbrook epitomizes what a leader is by his actions on and off the baseball field. He is without a doubt someone to keep an eye on not just for the duration for this high school baseball season, but also for wherever life will take him over the next few months.

So sad! My heart, prayers & condolences to ALL! In God's Speed https://t.co/qvN5ylkP5a
View on Twitter
0
1