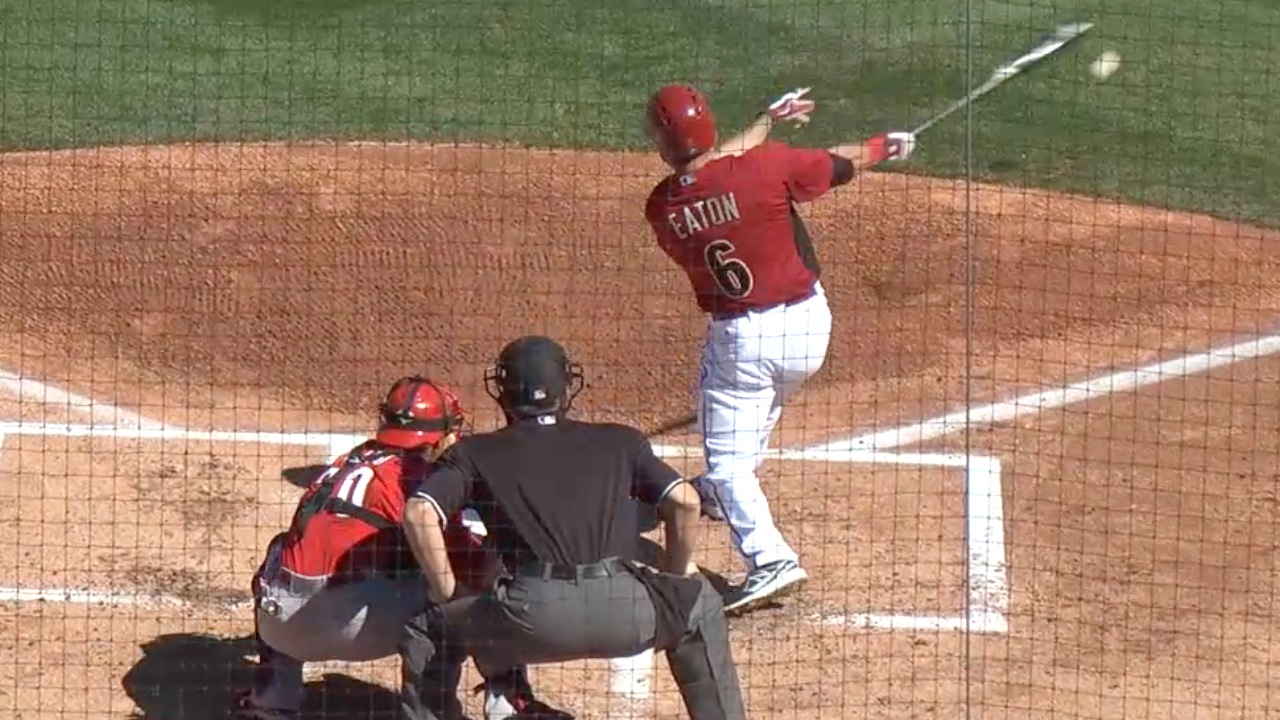 For most of Adam Eaton’s life, his name was rarely associated with words like “prospect” or “hype”, until this season.

The Diamondbacks young center fielder stands about 5’9” wearing cleats, and has been having to defy odds and nay-sayers his entire life. When in high school at Kenton Ridge in Springfield, Ohio, colleges would enquire about Eaton. But when his baseball coach would tell them his height, most scouts would hang up.

What would that do? Motivate Eaton to spend an extra hour in the batting cages.

Motivation has been the name of the game for Eaton his entire career. From his time at Miami of Ohio, to being a 19th round draft pick of the Diamondbacks and all along the way, people saying he wouldn’t make it because of his size.

Fast forward to spring training 2013 and Adam Eaton is now one of the top pro prospects in Major League Baseball, let alone the Diamondbacks organization. With Chris Young being traded in the off-season, Eaton is slated to be the everyday starter in center field and some are predicting him to be the National League Rookie of the Year. With all this hype surrounding him going into the season, how will Eaton maintain that motivation he has always had?

“You take that out of your mind and go out and compete like you always have been,” explained Eaton. “It’s nothing different. Nothing’s changed. You keep a steady approach and keep doing what you’ve been doing to get yourself in.”

“It’s special,” added Eaton when asked how it feels to know he will be a starter at the big league level. “19th round, a guy that’s smaller that’s had to work for everything he’s gotten. And that just makes it that much more special. You always dream about this as a little kid and in college, you never know if you will make the level in college…Now that you’re here you just want to continue to learn and try to get better and continue on the progression you’ve set forth.”

Well, based on his numbers with Reno in the minors as well has his quick stint with the big league club last season, that progression has him right where he needs to be to live up to the hype he is receiving. Last year in the minors he ranked first in hits, average, runs scored and doubles and also second in on-base percentage. His 198 hits were the most in the Minors since Single-A High Desert’s Mike Stoner in 2003 (203). He was named the Pacific Coast league Most Valuable Player and Rookie of the Year plus the Diamondbacks Minor League Player of the Year.

Now in 2013, the next chapter of Eaton’s story begins as a major leaguer. But before it begins, Eaton knows what kind of legacy he wants to leave when all is said and done for his major league career.

“When people come to the ballpark, I want them to see something that they haven’t seen before,” said Eaton. “They pay their hard earned money everyday to come out and see us play and I want that son and father to come out and see a guy that is giving it his all and kind of can take back and have a good time and enjoy the game when they are watching me.”