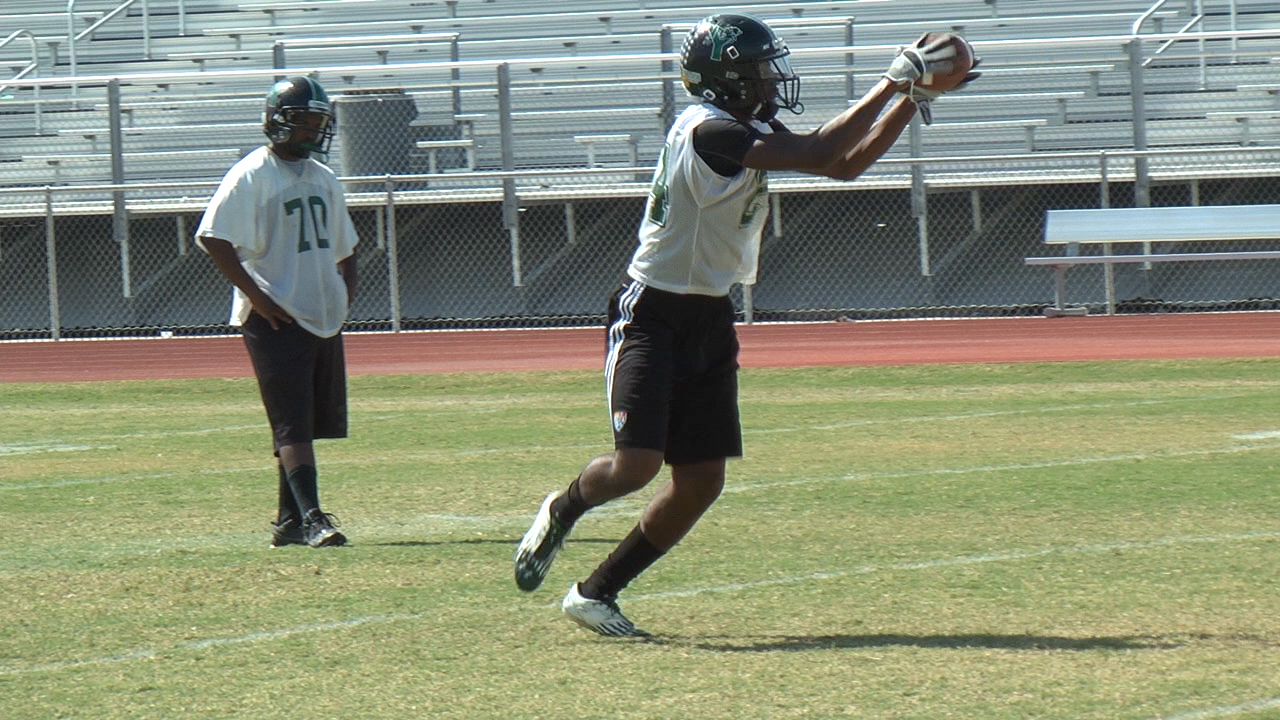 In the end however, Smith chose the Utah Utes.

Smith said he got a little bit of attention from Northern Arizona and University of Arizona, but both schools never really followed through.

It doesn’t matter, because Smith knew Utah was the place for him.

“I’m very excited, I can’t wait,” Smith said. “The Utah Utes seem like they’re going in the right direction for me and they seem like a program that’s building.”

“I feel like they’re going to have a big opportunity for me to do some great things there,” Smith said. Smith believes the offer from the Utes was the ultimate one that he was waiting on.

“Everything seemed so lively there, a nice comfortable college town, I felt at home there,” Smith said. “It felt like the opportunity I’ve been waiting for, it was that next step up to where I knew this would probably be the biggest level of competition I could get at right now.”

Smith said he will most likely report on campus in January and go the grey shirt route. He says he has the option to head to Utah, pay for the classes himself, and train there. Or, he could stay at home in Arizona and train.

He told me he really wants to get on campus and get it started.

The coaching staff already told Smith exactly how they plan to use him once he’s there.

“They saw me to be that big running back for them,” Smith said. “They said ‘You could be that next big back, if you keep your speed, you keep your size, you’re gonna be a monster,’ that’s what they told me.”

“I was excited to hear that because I love playing running back, that’s my primary position,” Smith said.

The tough thing about being grey shirted is that for Smith, the Utes already were full-up on scholarship athletes, plus they found him a little late in the process, so that’s why he’s being deferred to January instead of this fall.

Smith is such a determined young man, so that little technicality doesn’t phase him one bit. Neither is the fact that he’ll have to start from Square One once he gets there.

For Smith, it’s just a part of the process.

“Mentally and physically, all I’ve been doing is training myself to just have that mindset [of] you can’t let anyone put you down, because you’re not going to be at the top when you first get there, you’re gonna have to earn your spot,” Smith said. “I’m gonna have to do a lot of things I don’t wanna do, coming with practice and workouts and weight training and all that, so it’s gonna be very tough on me.”

“I’m mentally training myself to accept the fact that you gotta push on to get the success you want.”

Smith says he wants to be able to help people when he’s done with college, so he’s looking to become a social psychologist.

“I want to be that psychologist [that] people go to if they have family problems, friend problems [or] they can’t really fit into whatever they’re doing,” Smith said. “I want be able to talk them through it, help them understand [and] help them better themselves.”