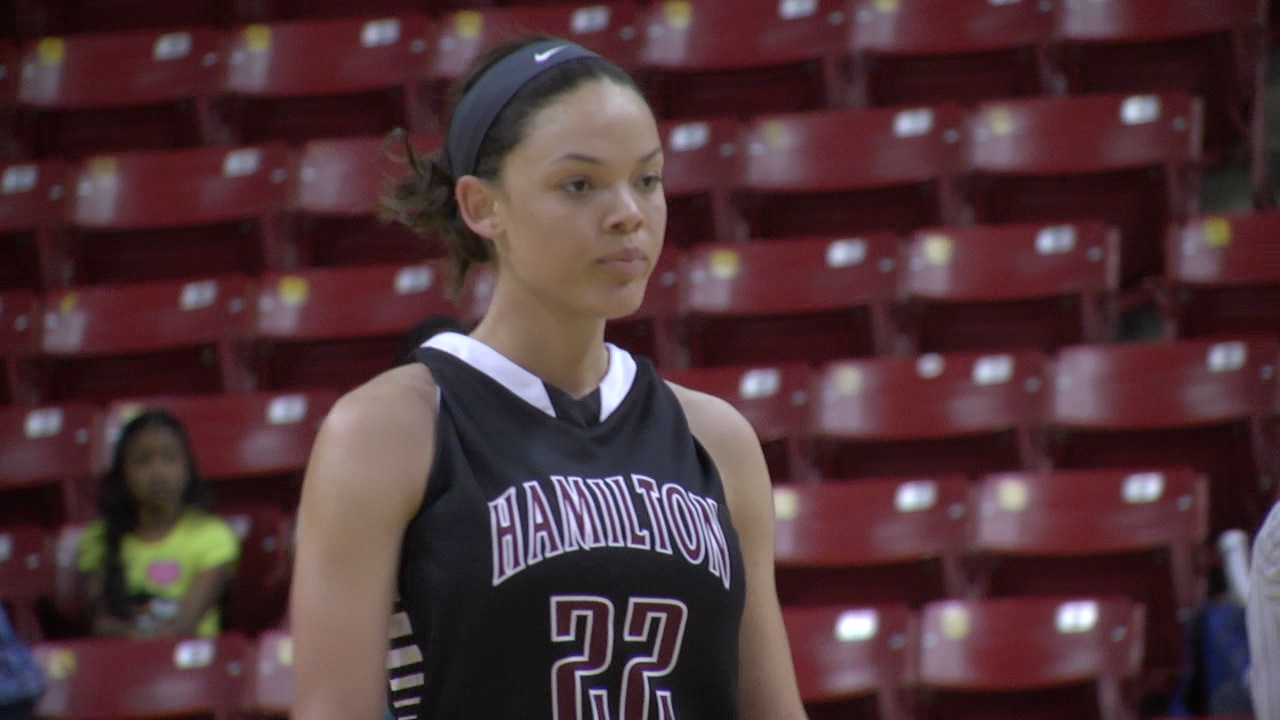 Back when Ashlee Moore was young playing basketball she was almost too fast for her own good. When driving to the hoop to shoot a lay-up she would be moving so quickly, that the ball would hit the backboard too hard to make it into the hoop.

So her coaches growing up decided to take what she does best, and that’s the high jump in track and apply it to her basketball game. They told her to act like she was approaching the high jump mat as she gets closer to the hoop and then go up for the lay-up.

Well it must have worked because now Moore is a starting forward as a junior for the Hamilton Lady Huskies who are making a run in the Arizona Division I state tournament and the skills she has learned on the track have aided her on the basketball court.

“Track definitely helps especially because of high jump because it is easier to jump over girls,” said Moore after her Huskies knocked off Westview in the playoffs Monday afternoon. “Jump ball I am not really the tallest but I can jump higher than a lot of people. And the speed. I can get up and down the court faster than others.”

Ashlee is one of the top all-around athletes in Arizona. As mentioned in the winter she is one of the leaders of the top girls basketball teams in the state, but has made a name for herself as one of the state’s best track athletes. She is the reigning state champion in high jump which she achieved as a sophomore jumping 5’6” in the state meet (has been measured jumping 5’10” as well) and is one of Arizona’s top hurdlers, long jumpers and triple jumpers as well.

All of that put together has Moore hoping to one day become amongst some of the greatest athletes in the world as a decathlete.

“I train everyday as much as I can for it,” explained Moore. “I work with my club coach, I work with my high school coach. We work on all of the events every day. We work hard and go through them and technique and drills every day.”

That hard work on a consistent basis has Moore looking ahead to competing on some of the highest levels the track world has to offer.

“I definitely want to compete in track in college (has received interest from just about every Pac-12 school),” mentioned Moore. “And my main goal is to go to Rio in 2016.”

Moore is truly a remarkable athlete and based on her success in high school over two and a half years alone, the skies the limit.

Right now her focus is basketball and helping the Lady Huskies to return to the state championship. Moore helped lead the Huskies there for the first time in school history a season ago and she hopes to return to that stage at minimum.

She does mention if they do fall just short again, she knows where she can get some redemption.

“It’s motivation,” stated Moore. “If we play a team and we lose here, I am definitely going to look for them at a meet and if I can beat you there, then I feel I accomplished something.”