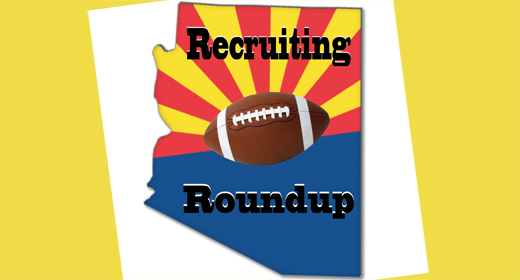 On this week’s edition of the Recruiting Roundup, Jared Cohen and Jason Jewell bring you nine more commitments made in the past week with signing day only two weeks away. The commitments include Thunderbird running back Kani Benoit, Boulder Creek defensive back Ryan McKinley, Northwest Christian defense back Trevor Osborne and more. Plus the latest offers received by Arizona prospects including an offer to Brophy 2013 receiver Devon Allen that could shake things up for him before he makes his decision. In addition two 2014 players receive PAC-12 offers.