The Desert Double-take each and every week looks back at the previous week’s games and looks forward to the next in covering Arizona, Arizona State, Northern Arizona and Grand Canyon University basketball.

The Wildcats went up to Tempe and took care of business on the floor that they failed to do so last season. The Wildcats have now won 29 of the last 37 meetings with the Sun Devils. In the game, they ultimately did what they do best and that is defend and rebound.

Sean Miller in is post game speech to the players in the locker room told freshman Brandon Ashley that he “let the cat out of the bag,” with what he is capable of on the defensive side of the floor. Ashley along with Solomon Hill and Kevin Parrom completely locked down Carrick Felix to one of eight shooting for five points and seven turnovers. The Wildcats size and length really wore on the Sun Devils as the game progressed and offensively, Mark Lyons, Nick Johnson and Solomon Hill took over getting key bucket after key bucket to blow the game open.

Wildcats player of the week: Mark Lyons. Like a savvy veteran, he attacked the freshman Jahii Carson who was in foul trouble and made basket after basket down the stretch finishing with 24 and earning Pac-12 player of the week honors.

Next up for the Wildcats is a huge week against the SoCal schools. UCLA comes to McKale Center on Thursday in what will their annual white out game. UCLA looked to have been hitting their stride until falling to Oregon at home last weekend. Freshman Shabazz Mohammed, Kyle Anderson and Jordan Adams are all very talented and bring so much to the table. The Bruins really only go seven players deep so the Wildcats depth could pay dividends in this game.

USC has been a mess all season. Former Wildcat coach Kevin O’Neil was fired. This should be a win for Arizona. However, It will be crucial that they don’t look over the Trojans before traveling to play the Washington schools next week.

Arizona State is facing adversity now for the first time all season as they are riding a two game losing streak to Oregon and Arizona. The Sun Devils supporting cast around Jahii Carson really struggled against the Wildcats last week. Jordan Bachynski, Jon Gilling and Carrick Felix combined shooting four of 18 from the field and combined to have 11 turnovers. Evan Gordan played very well and had great energy in the first half, especially seen from his steal and dunk to end the half, but did not do much in the second half.

Outside of Carson getting into foul trouble, he did his part and played his game. But he needs his help. If the three mentioned already may have struggled but they were not the ones who let the team down. Chris Colvin being forced to sit out of the game for violating team rules is what let the team down. Against a team like Arizona you have to have depth and his contributions could would have been very important for the Devils. When Carson was forced to sit with four fouls with 9:50 left in the game, the stretch where the Wildcats blew it open, Colvin coming in there could have stopped the bleeding. Or at least is could have slowed the bleeding until Carson could come back in. If the Sun Devils supporting cast are going to put up performances like that going forward in big games, their hopes to go dancing this season is in serious jeopardy.

Sun Devils player of the week: Jahii Carson. Got his first taste of the U of A rivalry and passed with flying colors. The foul trouble was an issue but it wasn’t his fault that his teammates didn’t pick up the slack.

This week is a huge week for the Sun Devils. A great opportunity to get back into the win column against USC on Thursday and then an opportunity to add a key win to their tournament resume against UCLA. Jordan Bachynski will need to get back to what he has done most of the season. If he can alter shots in the paint and force the Bruins to shoot from the outside (expect for Shabazz), the Devils will be able to dictate the pace of the game.

The Jacks were able to snap their four game losing streak with a win over Idaho State on Saturday. It was only their second win on the road this season and was a crucial win because their losses two weeks ago to Eastern Washington and Portland State were disappointing. The weekend as a whole can be looked as very successful if your NAU. They played toe-to-toe with Weber State for a little more than a half on the road which is not easy for any Big Sky team. Guard Gabe Rogers struggled shooting from the floor against Weber State but had a great bounce back game against Idaho State.

Lumberjacks player of the week: Gabe Rogers. Led the Jacks in scoring in both games and is not afraid to handle the ball when his team needs a basket. Has shown great senior leadership this season.

Next up for NAU are two home games that could help the Jacks move up the standings. 2012-13 has been a struggle for Northern Colorado who are 5-11 on the season and have only one road win on the year to the team NAU plays two days later, 7-10 North Dakota. NAU has not won consecutive games all season and this week is a great opportunity to do that, and then some.

The Lopes bounced back with two wins at home last week with wins over Point Loma and Azusa Pacific. However the shooting struggles that seemed to have started with their road loss to Dixie State is continuing to be a problem. Monday’s win over Azusa was a battle and was probably much closer a game then it should have been if GCU was knocking down their shots (shot 34% from field) and not missing so many free throws especially down the stretch. But bottom line, they have not lost at home all season and made a statement that GCU Arena is one of the toughest places to play in the Pac West conference.

Lopes player of the week: Josh Lowery. Scored 18 points and was clutch down the stretch for GCU against Azusa.

Big week up ahead for GCU. They have a very winnable game against California Baptist who they beat in overtime on the road last time out. The second home game will be a critical one against Dixie State for the opportunity to get back on top of the Pac West conference. All this before the Lopes go back on the road for four games staring next week.

Had a meaningful chat with @FitzBeatSr on today's show.
https://t.co/tnG7qwdxCX
View on Twitter
1
0

Had a meaningful chat with @FitzBeatSr on today's show.
https://t.co/tnG7qwdxCX
View on Twitter
1
1

Not every high school football coach believes now is the time to get back to work. @perrypumas head coach Preston Jones shares his thoughts.
https://t.co/4uOtkeAnes
View on Twitter
1
0

Not every high school football coach believes now is the time to get back to work. @perrypumas head coach Preston Jones shares his thoughts.
https://t.co/4uOtkeAnes
View on Twitter
1
5

“Systematically, our freedoms and our abilities to do things and enjoy The Constitution that gives us those freedoms are slowly but surely being snatched away from us." @sethjoyner unplugged READ: https://t.co/9fdSuR9aUO #GeorgeFloydProtests https://t.co/sIGoOZyexi
View on Twitter 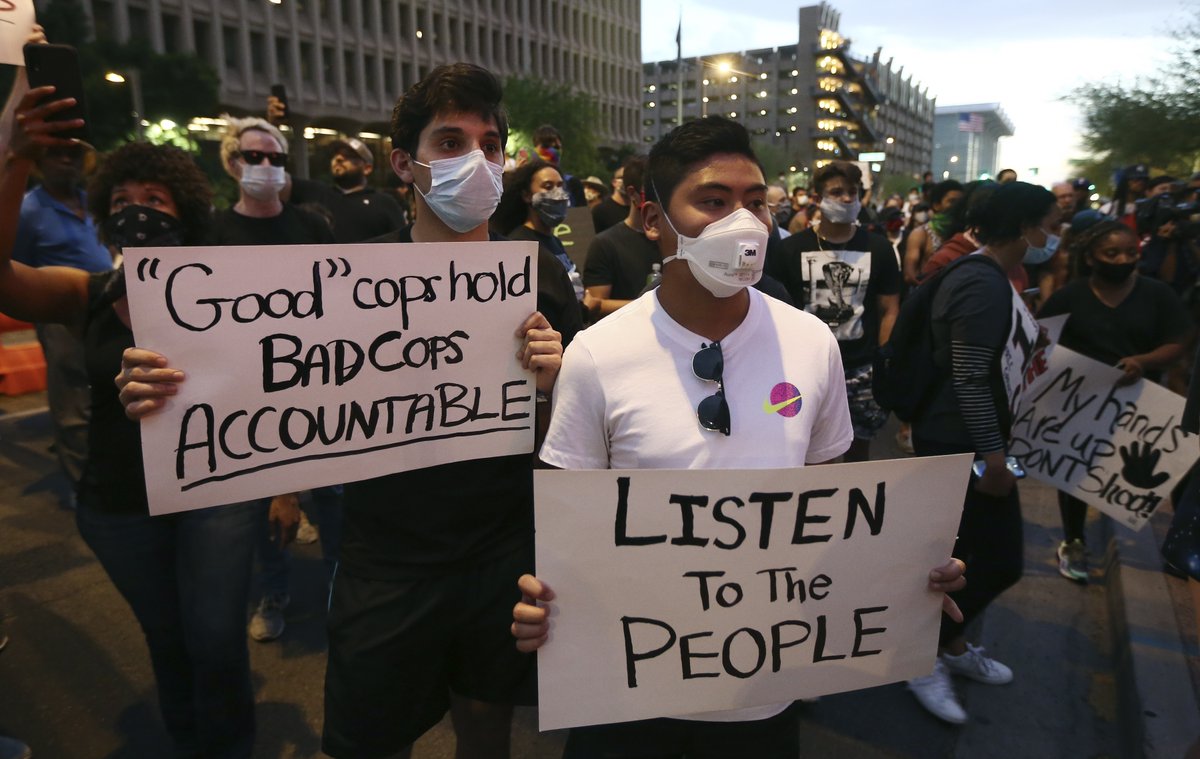 “Systematically, our freedoms and our abilities to do things and enjoy The Constitution that gives us those freedoms are slowly but surely being snatched away from us." @sethjoyner unplugged READ: https://t.co/9fdSuR9aUO #GeorgeFloydProtests https://t.co/sIGoOZyexi
View on Twitter