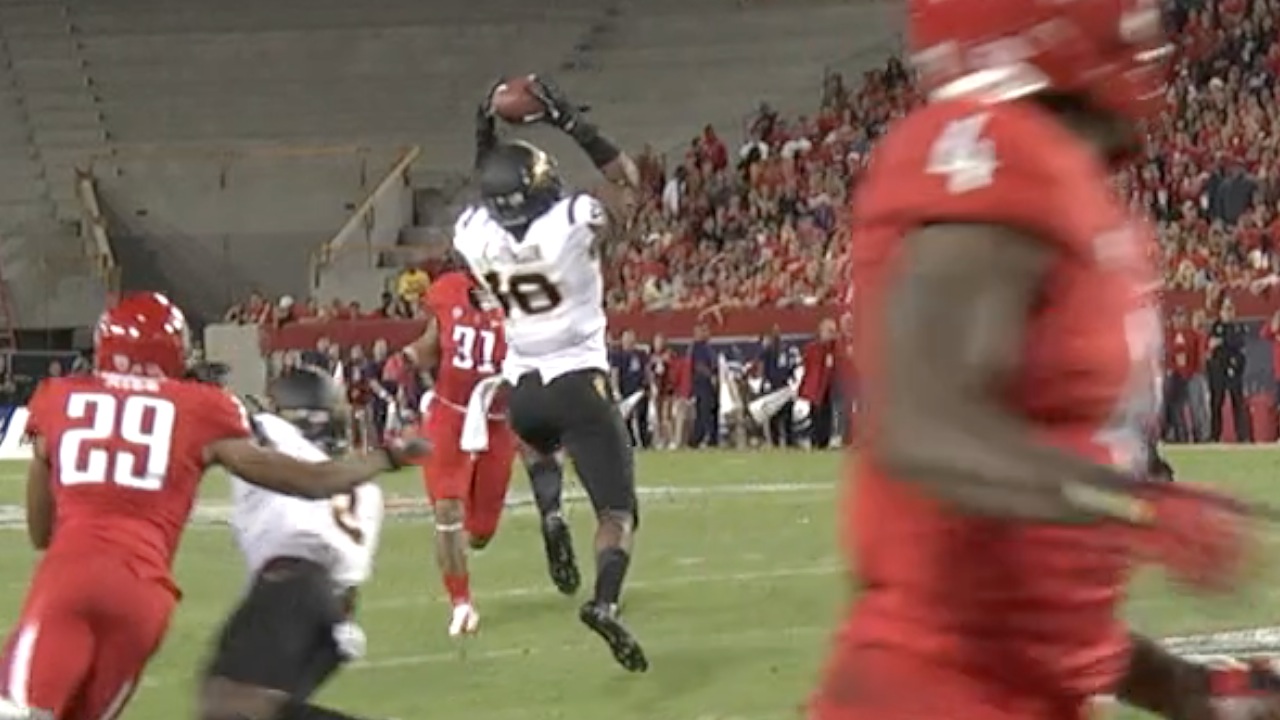 In the Arizona Wildcats 41-34 loss to Arizona State, offensively they gained more yards than the Sun Devils, had more first downs, won the time of possession, but lost in one key category. Turnovers. And that proved to be the difference in the game.

Quarterback Matt Scott in his final home game at Arizona Stadium threw three interceptions in the game and had a key fumble lost in the fourth quarter. All of which led to Sun Devil scores.

“There were some passes today that we didn’t execute today that we normally would,” said Arizona head coach Rich Rodriguez after the game. “But you have to give them credit too. They did a good job covering us and giving us pressure at times.”

“We were focused but I think things really weren’t clicking,” added Arizona wide receiver Austin Hill who had 70 receiving yards and a touchdown in the game. “It was our fault as a receiving core. We made things sort of wild for Matt (Scott)… Our timing really wasn’t working out for us. I think the running game was working but without any pass, you couldn’t really get anything going.”

Arizona took an early lead and had all of the momentum in the game until ASU senior Keelan Johnson intercepted a Scott pass which led to a 52 yard touchdown by Marion Grice. This proved to be a turning point in the game.

The momentum swayed back and forth back to Arizona but then ultimately back to ASU in the second half to close out the game scoring 24 points in the fourth quarter in route to victory.

“Anytime there is a turnover either way it’s a huge momentum swing,” explained Rodriguez. “Turnovers hurt us but there is not one play that beat us.”

“This was a high energy game and I did’t expect anything different,” said Arizona junior nose guard Tevin Hood. “There were a lot of momentum shifts and it really played a big part of the game.”

It’s a disappointing end to a season that has very highs and lows. With signature victories but also heartbreaking losses. However the Wildcats are bowl eligible and will find out where their 2012 season will end on December 2nd when the season’s bowl games are announced.

“We put our all into this, and you know it was an emotional game,” mentioned Arizona junior running back Daniel Jenkins who had 81 yards rushing against ASU. “It definitely hurt but we will bounce back.”