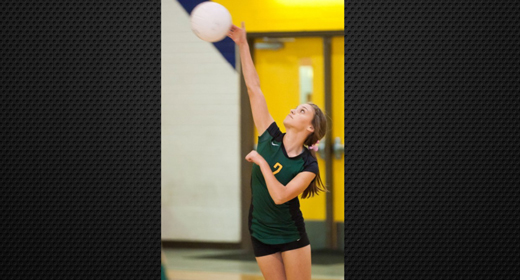 The Show Low volleyball team didn’t have a particularly good 2011 season. They went 4-16, and were winless within their section.

With those kinds of numbers, it’s easy to see why captain Rikki Biggins would have some choice words to throw out toward her teammates.

“We just like to slack I guess,” Biggins said. “This year I’m going to push our team to win more. If we work and strive to get what we want, we can do better than what we do now.”

Biggins was given the title of captain at the end of last season, and for her it’s a title she doesn’t take lightly.

“It’s a big opportunity for me,” Biggins said. “I’m just thankful that I’m a captain.”

Biggins pointed to the fact that this year’s varsity squad is “small,” not in height, but in numbers.

“It’s going to be a challenge, because we have all different ages on the team, but I think we can pull it together and become a good team,” Biggins said.

If there’s one good thing about having a small team, it’s the fact that everyone can get to know each other better and have more opportunities to be a factor on the team, as opposed to if the team was overpacked with mega-talented athletes.

“Our strength is that we are like one, all together,” Biggins said. “We all have different ‘uniques’ and who can hit, but when we put it all together, it’s outstanding.”

As the saying goes, “practice makes perfect,” and according to Biggins, the Lady Cougars are working hard to hit perfection.

On a more personal level, Biggins says she hasn’t fielded any offers from any colleges, but she’s aware that it’s her senior season and it’s time for her to show and prove.

“I hope I get some [offers], because I really want to play somewhere else,” Biggins said.