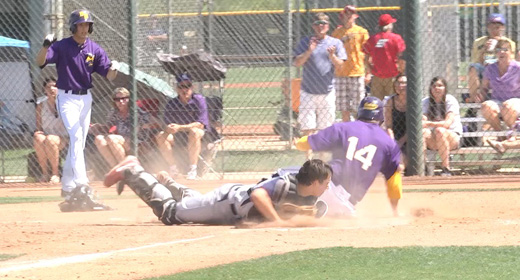 Three of the four teams – River Valley, Blue Ridge and Estrella Foothills – were in the semifinals last year. Fountain Hills is the only one of the four who didn’t make it.

The Falcons, coming off an upset of second seeded Winslow on Friday, continued that trend by taking out tenth seeded Empire 5-3.

As a thank you for getting this far, their draw in the semis will be the Wolves, who pounded Holbrook 11-1 in five innings.

They’ll do battle this coming Friday at Surprise Stadium. First pitch is at 4:30 p.m.

No. 1 seeded River Valley slid by No. 9 Mingus in a tight 2-1 affair. They’ll take on  the defending champion Yellow Jackets of Blue Ridge, who flexed their muscle in rolling past the No. 4 seeded Scottsdale Christian Academy Eagles by a 9-3 count.

“It’s great to be in the semifinals, it’s the best feeling ever,” said Blue Ridge center fielder Danny Groebner. “[We] get to play in the stadium again, it’s always a great feeling to play in there.”

This will be a rematch of last year’s semifinals, which saw the Yellow Jackets double up the Dust Devils 10-5 on their way to the state title.

The winner of these games will meet on Saturday for the right to call themselves “State Champs.”

First pitch that night is at 7 p.m. It will also take place at Surprise Stadium. 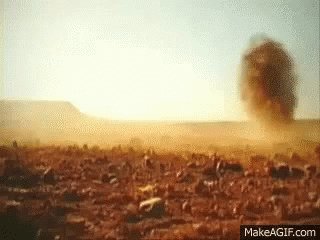